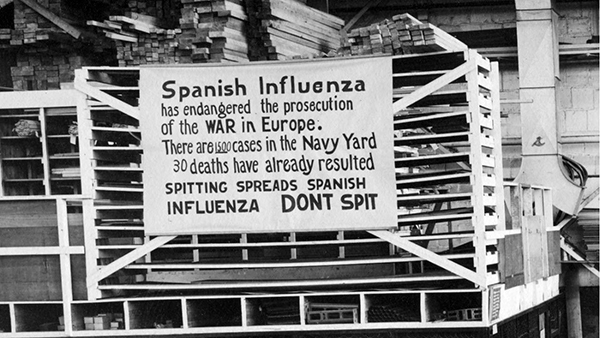 Oct. 19, 1918 photo provide by the U.S. Naval History and Heritage Command, showing a sign posted at the Naval Aircraft Factory in Philadelphia.

The worldwide spread of COVID-19 reminds those of us working in museums just how vulnerable our institutions—not to mention our communities—are during public health crises. Already some museums have positioned themselves as leaders, distributing information and hosting town halls about what to do during a pandemic. Others have cancelled or postponed programs, stepped up sanitation measures, or even gone so far as to temporarily close out of concern for the safety of visitors and staff. As museums in the United States confront COVID-19’s impact on their short-term operations, long-term finances, and community wellbeing, there is something we shouldn’t overlook: our field’s collective memory. It is always helpful to remember that we have been here before, and come through. Reviewing how museums responded to three major 20th-century epidemics—tuberculosis, the Spanish flu, and AIDS—and what we learned in the process can help our field chart its way through the coronavirus crisis.

At its peak in the early 1900s, a diagnosis of tuberculosis led to the deaths of one out of seven people. The urban poor, especially new immigrants living in cramped conditions, were especially vulnerable. Many didn’t speak English. Most distrusted hospitals and doctors and relied on homespun remedies to combat TB. To combat the spread of the disease, public health workers reached out to museums for help. The idea was that multi-lingual didactic material, coupled with large-scale displays, would communicate effectively to a wide audience. The timing of this partnership was fortunate. Progressive education was just beginning to gain steam in the US. Curators and educators were eager to show trustees and other civic leaders that museums were more than dusty storehouses for collections and social clubs for the elite: they could provide direct service to a wide public. 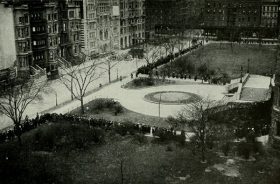 Public school children approaching the north and south entrances of the American Museum of Natural History to visit the International Tuberculosis Exhibition in 1909. The average number was 6,000/day over a two week period. Photo credit: Wikimedia Commons, public domain.

Between 1905 and 1909, the American Museum of Natural History and the Smithsonian developed and hosted two exhibitions about tuberculosis: its etiology, how it spread, and the damage it could cause in those who contracted it, supplemented by illustrated pamphlets about prevention and self-care in languages like Chinese, Yiddish, and Italian. Big signs read “Don’t Spit.” The shows attracted such large crowds—some say, over one million—that AMNH had no choice but to extend its hours. “Tuberculosis” was the first blockbuster in US museum history, a harbinger for other popular shows with social relevance. Although today no one would think it a good idea for people to stand in line for hours in the cold to learn about COVID-19, museums’ public service effort during the TB epidemic is an example of how, during crisis, museums forged a new role for themselves as trustworthy educational institutions.

One of the deadliest pandemics in modern history, the Spanish flu killed over 50 million people. In the US, the virus was so contagious that entire cities—Atlanta, Nashville, Salt Lake City—temporarily shut down. Younger children and the elderly suffered in disproportionate numbers. Caregivers and health care facilities were stretched beyond capacity. In Oakland, California, authorities took advantage of large buildings that had been constructed during the “City Beautiful” movement. They converted the Municipal Auditorium, including its art gallery (a precursor to what is now the Oakland Museum of California), into an 80-bed emergency hospital. Gallery director William “Dr. Billy” Porter, a trained surgeon, saw his duties amended to include “bringing in the sick and removing the dead” and dispensing free medical advice to artists.

Other museum directors were able to use their buildings for more mission-oriented activities. For example, Harold Madison, an ornithologist who ran the Park Museum in Providence, Rhode Island, worked with Rhode Island School of Design and the city’s public libraries to design programs that filled gaps in instruction during forced closures of the public school system. Museum staff offered emergency instructional activities and story-times for children on topics ranging from animal life to nature’s landscapes. Of course today no one expects to see hospital beds in a museum gallery (unless they are perhaps part of a contemporary art piece). But it isn’t hard to imagine museums around the nation partnering with schools and libraries to offer emergency online curriculum and activities for those who are house-bound. 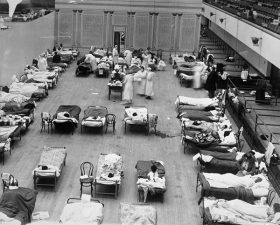 Volunteer nurses from the American Red Cross tending influenza sufferers in the Oakland Auditorium during the influenza pandemic of 1918. The Auditorium also housed the Oakland Art Gallery, which later birthed the Oakland Museum of California. From the Joseph R. Knowland collection at the Oakland History Room, Oakland Public Library, public domain.

By the end of 1990, as they raced to develop treatments, medical researchers estimated that between eight and ten million people were living with HIV. The mortality rate was high, with gay men, African-Americans, and Latinos suffering disproportionately. Misinformation about how the disease was transmitted was rampant; discussions about safe sex and needle practices were highly controversial. People were suffering, stigmatized, isolated, and frightened. Political activists demanded government action. In 1991, the Centers for Disease Control partnered with eight science museums and the American Medical Association to form the National AIDS Exhibition Consortium. The initial idea was to develop exhibitions on the science of AIDS as well as safe preventive practices that would reach a large general audience. This initiative coincided with a time that museums were beginning to tell the stories of people left out of the master narratives of history, art, and science. Science curators and educators chose to tell a more expansive story, one that would encourage compassion. The Consortium’s efforts—starting with the exhibition “What About AIDS” at the Franklin Institute—featured people of all genders, races, and backgrounds who were living with HIV and AIDS. The National AIDS Exhibition Consortium paved the way for subsequent public health exhibitions that integrated humanistic, social, political, personal, and even artistic themes with medical information and provided spaces for reflection and people to share their own stories. 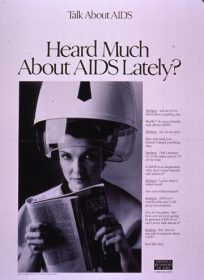 Fast forward to March 2020 and we can see that there are echoes of the past in the current COVID-19 crisis. Today, as with the TB epidemic, many communities lack access to reliable medical resources. They want information they can understand and trust. As with the Spanish flu, the coronavirus seems to spread quickly and unpredictably, putting a strain on resources and demanding extraordinary actions on the part of people willing to step up. And as with AIDS, there is potential for social stigma and widespread misinformation, exacerbated by federal missteps and lack of empathy from top government officials.

At the same time, institutions are charting new territory. The considerations being discussed in museums around the nation range from how to manage daily operations to whether to change longer-term practices, and everything else in-between. How should we revise front desk and other person-to-person interactions to reduce unnecessary human contact? How do we care for part-time staff who may have no health insurance and may be facing reduced hours? What happens to interactive exhibitions? Are museums going to tilt back into the business of “look but don’t touch?” What happens to the social dimension of museums that we are so proud of: tours, programs, prompts in exhibitions that encourage spontaneous interactions between strangers? From a financial perspective, do we need to re-think our reliance on earned income—especially from sources like festivals and other large events? How do we integrate preparing for the next pandemic into our disaster planning? Looking back at our field’s resilience, there is no doubt that each museum will work through these concerns and do what is best for their institution.

But there is a larger calling here. Museums are stable oases in the midst of turmoil. With so many mixed messages coming from the federal government and media, the COVID-19 pandemic calls on those of us working in museums to provide a fact-based, scientific, and humanistic appraisal of the situation. Obviously, museums cannot be on the frontlines of health care and epidemiology. But we can provide critical perspective on broader developments and trends. And we can think about what the public will want to know about this moment in the future. Have any museums begun to accession face masks, bottles of hand sanitizer, or images of people quarantined in cruise ships, military bases, or their own homes so they can help future generations reflect on this extraordinary moment? In the future, when we look back on how museums handled COVID-19, hopefully we can take pride that once again, our field was responsible, creative, and empathetic in a time when everyone could use a good old-fashioned dose of perspective. 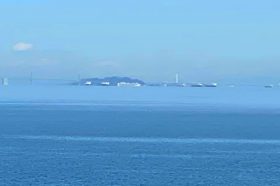