You are here: Home » Articles filed under: 'News' » Article: 'Life as a Museum Preparator'

Life as a Museum Preparator 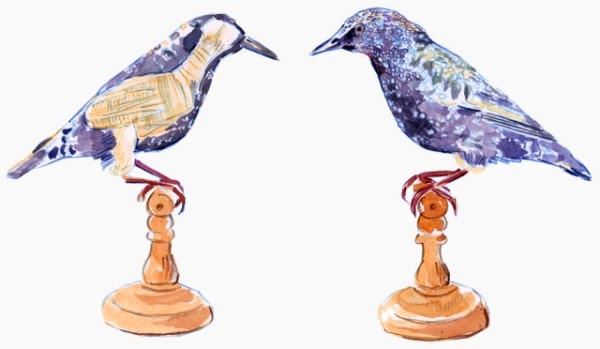 A preparator does taxidermy as well as many other things. We do model making, moulding and casting, biological specimen preparation in terms of skeleton preparation – so that’s collecting whale bones, going out on site on Victoria’s coast and disarticulating specimens and retrieving not only bones but also important data like DNA samples for research purposes.

I’ve always loved animals and had lots of pets and things like that and wanted to be a vet and there came a stage where I thought, that’s just too gruesome, I couldn’t go cutting up and trying to fix people’s animals. And here I find myself not in a dissimilar situation … it is gruesome if not more gruesome than being a vet.

I have a Bachelor of Science but I’m one of six people here. They all come from different walks of life – three or four people who have diplomas in science as well as two others who have fine arts degrees, so it’s a real mixture of science and art. I also have as a hobby model-making and painting. That’s where my personal interests helped give me that leg-up to get me the job.

Positions Vacant » View All
» Head of Engagement – MAGNT
» Exhibitions Manager – MAGNT
Latest News » View All
Jan Müller, CE, NFSA returns to Netherlands
as Dir RPO, Hilversum - search closes 1 Mar Read more.
NZ DoC Heritage and Visitor Strategy
Protect Connect Thrive Read more.
VA Report: Re-engaging volunteers & COVID
- volunteering not ‘snapping back’ Read more.
National Programs Manager – Questacon
About the team Questacon – The National Science and Technology Centre has a vision for a better future for all […] Read more.
Miyoshi Mononoke Museum
Japan's largest Yokai collection Read more.
Top +
Council of Australasian Museum Directors, c/o Ms Daryl Karp, Museum of Australian Democracy at Old Parliament House PO Box 3934 Manuka, Australian Capital Territory 2603 Australia, © CAMD 2021
Copyright: All information and resources provided on this website remain the copyright of the Council of Australasian Museum Directors. Permission is granted for viewing and downloading for personal and not for profit purposes. Those wishing to reproduce any materials for commercial, educational or other uses are requested to contact us.
Disclaimer: The content of this website is provided for information purposes only and is not intended as a substitute for professional advice. No claim is made as to the accuracy or authenticity of the content of the website. The Council of Australasian Museum Directors does not accept any liability to any person for the information or advice (or the use of such information or advice) which is provided on this website. The information on our website is provided on the basis that all persons accessing the site undertake responsibility for assessing the relevance and accuracy of its content. No responsibility is taken for any information or services which may appear on any linked web sites. Hostgator.
.