April 4th, 2019 | Browse other: News. | Tagged with: Queensland Museum, Why we should stop ignoring the life stories of minerals | 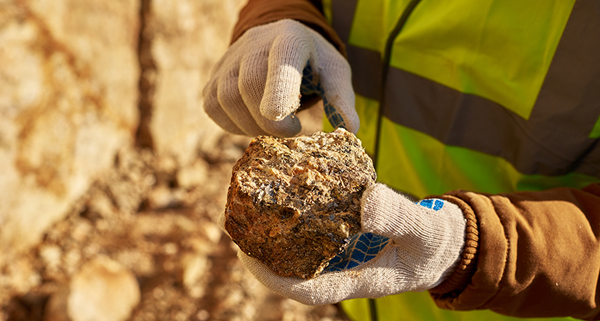 Rocks may be made from a single mineral or many. But knowing the recipe of the molecules that make up a mineral tells only part of its story. One scientist wants to broaden their biographies. Seventyfour/Istock/Getty Images Plus.

Bethany Brookshire, Why we should stop ignoring the life stories of minerals, Science News for Students, 18 March 2019

The crystals shouldn’t just be classified by shape alone, one scientist argues.

WASHINGTON, D.C. — Every rock has a story. Understanding how it formed can tell scientists about the environment that surrounded the rock at its birth. But when scientists classify the minerals that make up rocks, they leave out the details of how those minerals formed. One scientist wants to change that. He wants to give minerals back their biographies. Knowing that history, he says, could help scientists understand more about our planet — and many others.

Minerals are solid substances that occur in nature. Up close, their molecules form regular, three-dimensional crystal patterns. A diamond is one example. Diamonds most often occur as cubic crystals. This means their atoms are stacked in repeating cube shapes. The whole rock (which can be made of one or more minerals) may end up with sharp edges too. It might be a cube, or it could be an octahedron, a shape with eight flat faces.

Diamonds are a good example of how minerals with the same name can have different histories, says Andrew Christy. He’s is the curator of mineralogy at Queensland Museum in Brisbane, Australia. The big diamonds found in jewelry formed more than 160 kilometers (100 miles) below Earth’s surface, in the mantle. Heat and pressure there smushed carbon atoms together into cubes. That created diamond crystals. The ones we dig up today have been pushed to the surface through violent volcanic eruptions.

But diamonds can form elsewhere in the universe, as well. Tiny diamonds, for instance, form in meteorites crashing to Earth from space. Some of those meteorites have carbon atoms in them, Christy explains. When a meteorite blasts through Earth’s atmosphere, it can generate shockwaves of heat and pressure. “Those shockwaves passing through that carbon [in the meteorite] will create tiny, tiny diamonds,” Christy explains.

Both of these rocks are diamonds. Based on their crystal structure, mineralogists would classify them the same. But Robert Hazen says scientists lose a lot when they take away the story of a mineral’s birth. “Natural minerals are storehouses of information,” he says. “They’re time capsules with vast amounts of information we have not yet explored.” Hazen is a mineralogist at the Carnegie Institution’s Geophysical Laboratory in Washington, D.C.

Right now, every mineral has a “species.” Diamond is one species, for example. A group called the International Mineralogical Association (IMA) makes sure that mineral species names are consistent. But a rock’s species doesn’t tell you anything about how the minerals in it formed.

Maybe the name of a mineral could say more. Organisms are organized into genus and species. A tiger, for instance, is Panthera tigris. “Panthera” is the genus and “tigris” is the species. Species that belong to the same genus are closely related. Panthera tigris is a tiger, but Panthera leo is a lion. Hazen wants something like that for minerals.

In Hazen’s system, a mineral would still have its species — diamond, for example. But it would also have a “kind” — a way to describe how the mineral formed. Diamonds would no longer be just diamonds. Instead, a diamond formed in a meteorite would be an impact diamond. A diamond in the mantle of the Earth would be Type I or Type II.

That doesn’t mean the IMA would go away. “I’m not trying to overthrow the system,” Hazen says. Instead, he wants to add a “kind” to each mineral. That “kind” would be like a note telling the story of where the rock came from.

This might seem like a small change. But “adding that formation footnote to a mineral opens up new worlds of information,” Hazen explains. “It will allow us to look at ancient minerals and pinpoint more precisely the environment in which they formed.”

If a scientist finds iron with rust inside it, it’s no longer just iron. The rust is important, too. Rust indicates there was oxygen present when the iron formed. So there had to be something like microbes or plants around to fill the air with oxygen. These kinds of details tell scientists more about the world in which the mineral formed. Hazen presented his idea of mineral “kinds” at the American Geophysical Union fall meeting on December 14, 2018.

“I think it’s a good idea” to add these “kinds” to a mineral, says Edward Grew. He’s a mineralogist at the University of Maine in Orono. “It’s no good to consider minerals in isolation — to have a pretty quartz crystal on your table, and not think about how it formed.”

Of course, minerals form in many different places on Earth and in outer space. Hazen hopes that telling the life story of minerals might help scientists learn more about our planet — and other planets, too. “Why is Earth special? Is it special?” he asks. “What’s different about Mars or Mercury or the moon? Minerals are in some cases the most robust lines of evidence we have of the 4.5-billion-year history of our solar system.” He thinks that by noting how minerals formed, scientists might have a better chance of understanding how the solar system — and the rock we call home — came to be.