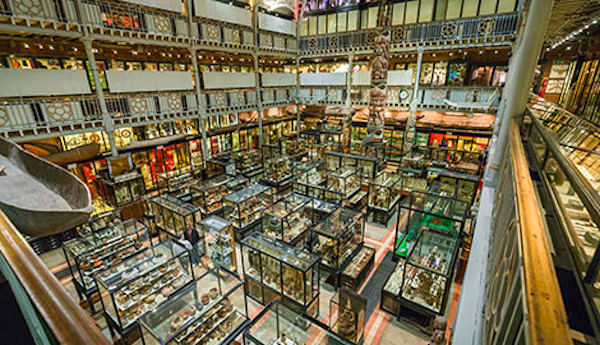 For the past two years, the Pitt Rivers Museum in Oxford has been participating in a novel partnership with the Maasai community in Tanzania and Kenya that is intended to redress historical wrongs, foreground the knowledge of indigenous communities and enable the museum to address its colonial history in a responsible way.

The Living Cultures project has been captured by a camera crew along the way, and the museum has now released a feature-length documentary, Decolonising Cultural Spaces, that follows the visit made by seven Maasai representatives to the UK in January this year.

The trip was the Maasai delegation’s second to the UK; following an earlier 2018 visit the group felt they needed further spiritual guidance regarding the future of the artefacts they had encountered.

This time they were accompanied by Lemaron Ole Parit, the son of the Maasai spiritual leader Laibon Mokompo Ole Simel, who brought sacred objects with him used for prophesy and communication with ancestors that had never travelled outside Maasailand before.

The documentary captures the emerging field of decolonial practice in museums, showing the conversations that took place between the delegation and curatorial staff about Maasai sacred objects held at the Pitt Rivers Museum and two other participating institutions: the Museum of Archaeology and Anthropology in Cambridge and the Horniman Museum and Gardens in London.

“The urgency of decoloniality is at the core of our work, with curatorial authority to be shared and/or handed to indigenous curators, knowledge keepers and/or artists, who respond critically to the museum,” says Pitt Rivers director Laura van Broekhoven.

The Living Cultures project is part of a broader programme of decolonisation and reconciliation taking place at the Pitt Rivers Museum that centres on four tenets: provenance, transparency, repatriation and redress.

Decolonising Cultural Spaces is available to watch on the Medicine Festival website until midday on 5 August. An online Q&A will take place at 7pm on Wednesday 5 August. It was produced by InsightShare, an organisation that pioneers participatory media around the world.

Look out for our feature on the Living Cultures project in an upcoming issue of Museums Journal.