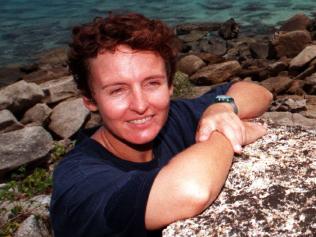 The worst coral bleaching to hit Lizard Island in nearly 15 years has scientists worried about how badly the Great Barrier Reef will be affected by warmer waters in coming weeks.

Researchers estimate 80 per cent of coral on the reef flat surrounding the island, about 220km north of Cairns, is showing signs of bleaching.

A wide variety of corals are bleaching but the branching, bushy and plate corals – which are highly sensitive to bleaching – are the worst-affected.

“We haven’t got a white fields of coral year but we’ve certainly got some corals that have gone completely white and a very large number that are fluorescing; they’re on their way to becoming bleached,” she said.

“We’ve got utterly perfect weather for bleaching here at the moment.

Sea temperatures have been up to 1.5C above average for this time of year at Lizard ­Island, and are expected to peak on the Great Barrier Reef later this month.

Researchers have warned the current El Nino weather patterns are mirroring those that caused widespread coral bleaching along the Reef in 1998.

She said it was particularly bad for the island’s reef ecosystem, which was still recovering from a recent crown-of-thorns starfish outbreak, and two major cyclones.

“It’s quite serious. We’re all worried about this coral bleaching,’’ she said.

“We had fingers and toes crossed hoping it wouldn’t happen, but it is happening ­exactly as predicted.”

Coral bleaching occurs when corals expel tiny algae that live inside them, mainly because of thermal stress.

ARC Centre of Excellence for Coral Reef Studies director Professor Terry Hughes said Lizard Island so far appeared to be the worst-hit location throughout the Great Barrier Reef this year.