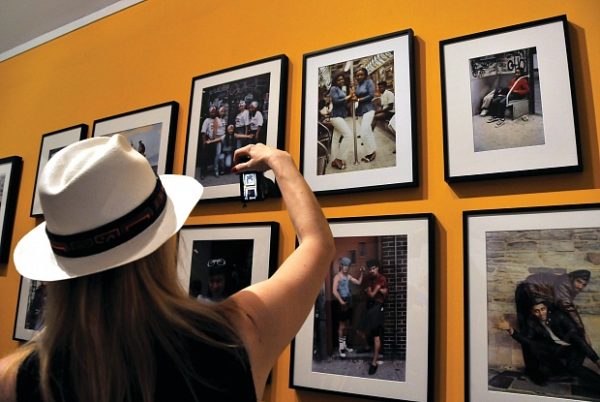 Works from the Bronx Museum of the Arts went on show in Havana last year, but a reciprocal exhibition has been plagued by problems. (Image: © Joaquin Hernandez/Xinhua/Alamy Live News).

US museums have been dreaming of ambitious exchanges with Cuban institutions since the two countries renewed diplomatic ties last year. But they may have set their sights too high. Snarls in securing loans from Cuban state institutions caused an exodus of benefactors from the Bronx Museum of the Arts in New York. Other US institutions are now bypassing government collections in favour of more reliable sources.

In August, the chairman and five other trustees left the board of the Bronx Museum, citing the continued expense of a much-publicised, long-delayed show of works from the National Museum of Fine Arts in Havana. The exhibition, called Wild Noise, was part of a reciprocal exchange (The Bronx Museum lent more than 90 works to Havana last year). The museum says the New York show, originally expected to open this spring, has been rescheduled for January 2017.

The departing trustees also criticised a $2.5m commission of a statue of the Cuban leader José Martí, which the museum’s director, Holly Block, hopes to donate to Cuba. Laura Blanco, the Cuban-born departing chairwoman, says these projects “are symptoms of a much deeper and more serious problem facing the museum. It boils down to a lack of governance”.

A publicist for the Bronx Museum says that the institution’s budget is balanced and that money for the Martí statue comes from a dedicated fund. In a statement, Block says: “The museum remains committed to Wild Noise”. The museum’s interim board chairman and co-vice chairwoman have reiterated their support of Block’s vision.

Even with the Obama administration’s call for a diplomatic thaw, official exchanges remain difficult. The Cuban government continues to denounce the US blockade. The US government, meanwhile, is empowered to seize art loaned from Cuban state institutions to satisfy American claims to property confiscated in Cuba after Fidel Castro took power in 1959. Without assurances from the US Department of State that art loans are immune from seizure, the Cuban government is not expected to send any.