You are here: Home » Articles filed under: 'News' » Article: 'Loans between institutions on rise'

Loans between institutions on rise 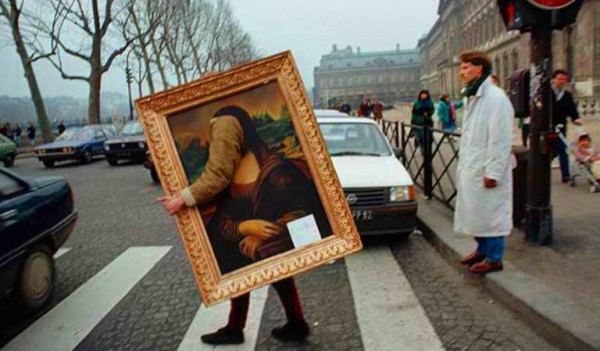 Institutions are lending more works than ever, exploding the myth that preserving art means denying access to it

When a museum rejects a loan request, whatever the reason, the proverbial finger of blame is often pointed at conservators. They are seen as loan naysayers who would rather see the objects entrusted to their care behind a velvet rope and encased in glass—or, better yet, safely packed away in a dark, climate-controlled museum store—than allow them to travel to another institution and risk them sustaining catastrophic damage somewhere along the way. The reality is, however, that when it comes to loans, the buck rarely stops solely with conservators. Decisions to lend are multi-layered and typically involve a small army of experts.

The truth is that the number of works travelling between institutions is, on the whole, on the rise. “Museums are sharing their collections more widely, and with greater frequency than ever before,” says a spokeswoman for the British Museum in London. The institution lent 5,021 works to 335 venues in 2013/14—a 10% increase on the previous financial year—as part of its commitment to being “a museum for the world”. One of its most recent (and somewhat controversial) loans was one of the Parthenon Marbles to the State Hermitage Museum, St Petersburg, in December 2014, in honour of the Russian institution’s 250th anniversary. The latest annual report from the National Gallery of Art in Washington, DC, shows that its number of loans is climbing once again after a dip in 2011. During the 2013 financial year, the museum lent 13% more works than in 2012 and 41% more than in 2011. Its major loans in 2013 included 17 paintings by Rothko to the Museum Narodowe in Warsaw.

Although some institutions, including the British Museum and London’s Victoria and Albert Museum (V&A), have sent works from their collections to touring exhibitions in far-flung destinations for more than a decade, Stuart Brown, the head of the exhibitions department at the leading fine art shipping and storage company Momart, has noticed that others, including the Tate in the UK, have increased this activity in recent years. The Tate sent a record number of works abroad in 2013/14—24% more than two years ago. According to the institution’s 2013/14 annual report, 676 of the 1,467 works (or 46%) went to international venues in 23 countries, including Brazil, China, South Korea and Qatar. Specialist casing had to be designed to protect Damien Hirst’s cows in formaldehyde (Mother and Child [Divided], 2007 exhibition copy of a 1993 original) from the extreme heat of Doha for the British artist’s major “Relics” retrospective, which opened in October 2013.

Max Hollein, the director of the Städel Museum in Frankfurt, says that more objects are travelling because of the increase in the number of museums worldwide. “Germany had slightly more than 1,000 museums in 1975. Today there are well over 7,000,” he says. Another country experiencing a museum boom is China. In 1949, it had just 21 museums; this figure had ballooned to around 3,400 by 2013. Hollein also sees the growing appetite for exhibitions as a contributing factor. “I’m a strong believer that the exhibition is still the best medium to narrate a story or to bring art history alive for the general public,” he says.

If works aren’t on display, why have them?
Contrary to popular belief, conservators are quite keen to show off their museums’ collections. “We know there is this potential tension between wanting to preserve objects and wanting to make them accessible, but if we’re not making them accessible, then why are we preserving them?” asks David Saunders, who retired last month as keeper of the department of conservation and scientific research at the British Museum. “There is no point in putting an object in store where no one can see it so it can be preserved for some indefinite future,” he adds. Cordelia Rogerson, the head of conservation at the British Library, agrees. “My view is that if we don’t have works on display, then why have them?”

Lending between institutions is more straightforward these days, thanks to the efforts of conservators who have helped to develop a revised set of environmental guidelines for collection care in the UK. These demand less stringent parameters for temperature, relative humidity and light levels. The push to re-examine these standards came from the UK’s National Museum Directors’ Council in around 2008 and was soon followed up by a similar call from the Bizot Group, a prestigious international network of museum directors and presidents. The International Institute for Conservation and the International Council of Museums’ Committee for Conservation agreed on the latest set of guidelines in September 2014.

Nancy Bell, the head of collection care at the UK’s National Archives, says that the revised standards show a maturity in the loan decision-making process. “We’ve produced an outstanding document that has been taken up internationally and has provided the framework for greater access to cultural collections,” Bell says. She stresses that “it wasn’t about relaxing standards, but about defining appropriate conditions for specific objects”. For example, most decorative art objects can typically withstand a reasonably broad relative humidity, as opposed to works on vellum, which are more sensitive. “The revised guidelines are based on a decade of scientific research and state that we accept that science has told us that some objects have more sensitivity than others, and that other objects are less sensitive than we originally thought,” Bell says. The old guidelines, designed in the 1960s for library and archival material, were adopted for all collections “because nothing else existed”, she says.

Weighing up the risks
The onus is now on the lending institution to look at its objects, weigh up the risks and make recommendations on display conditions to borrowing institutions. For example, a few years ago, the British Museum was asked to lend a series of late 16th-century watercolours by John White to the US for a four-venue travelling exhibition celebrating the 400th anniversary of Walter Raleigh’s expedition to the East Coast of the US. Watercolours are light-sensitive and the loan meant that the works would be exposed to light for considerably longer than the British Museum would normally allow. “In the end, we took the view that this was a major anniversary and we would probably not get another request for these until the next big anniversary, so it was worth using up ten to 15 years of exhibitions for these works for those four shows,” Saunders says. “It’s the quality of the access that is important.”

When it comes to the safe transportation of objects, whether by land, sea or air, knowing where to focus your energy and resources is key. “What are the danger points? Is temperature the critical thing you need to worry about or is it more important that the object travels upright?” Saunders asks. The V&A now sends pieces from its costume collection already mounted on mannequins to reduce the risk of creases and damage that can result from undressing and redressing mannequins at multiple venues. Micro-climate boxes might be the answer in allowing certain fragile works to travel. Smaller works could be sealed in these boxes at the lending institution and remain sealed throughout the duration of the loan. “It’s not a new idea, but the materials are getting better,” Saunders says. Being able to put an object in a micro-climate box “could tip the balance” for works that are on the cusp of being allowed to travel if a stable climate could be guaranteed.