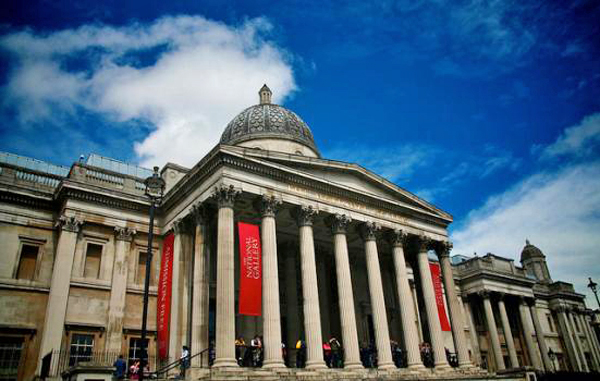 The threat of terrorism is thought to have contributed to falling visitor numbers at some of London’s leading museums and galleries, although the V&A bucked the trend with record figures.

Despite record overseas visitor numbers to the UK, many of London’s largest museums and galleries faced a significant decline in visitor numbers during the summer compared with the previous year.

Between June and August 2017 a record 11.5 million overseas visitors came to the UK, up 6% on the same period last year. Among holiday-makers the increase was greater still, with 13% more choosing to spend their vacations in the UK.

Despite this, a year-on-year comparison shows that visitor numbers from June to August were down at:

Only the V&A, where visitor numbers rose by 58%, succeeded in making significant progress. They saw record numbers of visitors during the summer, with over 400k people attending in both July and August. A spokesperson attributed their success to “popular exhibitions from Pink Floyd to Plywood” and the the opening of the new Exhibition Road Quarter. The V&A was also crowned Trip Advisor Museum of the Year for the UK in 2017.

Also bucking the trend, but still not keeping pace with the growth in overseas tourists, was Tate Britain, which saw a 3% increase.

London consistently attracts around half of all international visitors and last year the British Museum and the National Gallery both drew around two-thirds of their visitors from overseas. The figure was over 40% for the V&A, the National Portrait Gallery and Tate.

Given these figures, growth in inbound visitor numbers to the UK would normally be expected to translate into higher attendance figures, but this potential was not realised.

Tate Modern anticipated a drop in visitor numbers compared with last year, when its summer audience figures reached 2.1 million, boosted by the opening of the new Blavatnik Building in June 2016. The 786k decline this year took its summer visitor numbers back to just above the level of the previous year.

There appears to be no single reason for the decline at the other museums, including at the British Museum, where a spokesperson pointed to a reduction in repeat visitors from Europe and in UK family visits. Both they and the National Portrait Gallery noted that their fall in numbers reflects a decrease experienced by many museums, galleries and other attractions in London during the period.

The National Gallery commissioned independent research to help identify possible factors that had contributed to the decline. A spokesperson told AP that although entry to the National Gallery Collection is free, the cost of travel and accommodation was cited as a major deterrent, as well as concerns regarding security in the wake of terrorism attacks earlier in the year.

Until the figures for UK and overseas visitors at England’s national museums and galleries are published by the government next year, the extent to which falling attendance can be attributed to tourism patterns will remain unclear.

Bernard Donoghue, Director of Association of Leading Visitor Attractions (ALVA), believes that the decline – which has been felt across other tourist attractions in central London – is most likely attributable to domestic visitors staying away.

He told AP: “The terrorism threat has certainly had an impact on visitor numbers at London’s visitor attractions, particularly in the central zone, but the impact seems to have been greater on domestic tourism than international visitors. Younger people, and families in particular, have made fewer trips into the centre of the city, especially those living relatively locally within the M25. This appears to have benefited out-of-town attractions, where visitor figures have been buoyant this summer.”

With currency exchange rates making UK prices more affordable for international visitors, Donoghoe believes many have taken the opportunity to go shopping rather than visit tourism destinations, and free entry to national museums has not been such a strong incentive to visit:

“Money doesn’t seem to have been a barrier. Visitor figures have been strongest at paid exhibitions, and some central London attractions where there is an entry fee have done well. Numbers are up by 8% at Westminster Abbey and 10% at St Paul’s cathedral – both of which charge for admission.”