You are here: Home » Articles filed under: 'News' » Article: 'Long road back to Chinese goldrush'

Long road back to Chinese goldrush

July 2nd, 2020 | Browse other: News. | Tagged with: Sovereign Hill, Sovereign Hill deals with no international visitors for the next year | 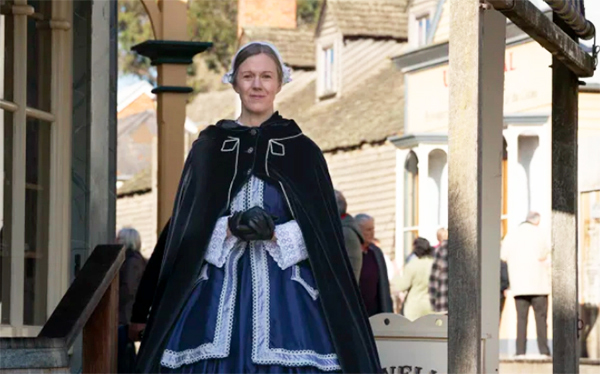 Sovereign Hill chief executive Sara Quon says the Ballarat tourist attraction – which has been a magnet for Chinese tourists in Australia – will just have to learn to deal with the reality of no international visitors for the next year.

The popular outdoor museum in regional Victoria, which recreates Australia’s gold rush days, reopens to the public on Saturday after a three-month absence.

It follows other tourism attractions around the country, such as Sea World on the Gold Coast, which have reopened in the past few days.

Like all tourism operators, Sovereign Hill has had to learn to adapt to the “new normal” of tough coronavirus protocols and no international visitors.

But when up to 10 per cent of its 700,000 visitors each year are Chinese tourists, their absence will now come straight off the bottom line of the not-for-profit, community-owned company.

“You can imagine if you cut 10 percent off the bottom line, even if the balance of COVID didn’t hit, the significance of that for us is really huge,” Ms Quon told AFR Weekend.

“We now have to think differently about how we offer our experience to the domestic market. We will have to look at our programming and offers. We’re optimistic once interstate travel returns.”

Sovereign Hill started to notice a slowdown in visitors after the Chinese government banned group tours in late January – killing off the normally peak Chinese New Year period in February – which then culminated in national border closures in March.

More than 180 casual staff were stood down, while the rest of the 350 staff were eventually put on the federal government’s JobKeeper scheme.

Over the past two decades, Sovereign Hill has adapted its facilities to cater for Chinese tourists, especially those who liked to explore their ancestors’ role in the gold rush of the 19th century.

There were dedicated guided tours with Chinese-speaking staff of their underground mine and molten gold-pouring experiences, as well as individual experiences translated for Chinese tourists, such as costume wearing.

Sovereign Hill became a must-do for Chinese visitors, only one hour from Melbourne, and on the way to the Great Ocean Road.

“They just immerse themselves in the site. We have beautiful Clydesdale horses and they walk the streets,” she said.

“Historically, we’ve always made a real effort to have a relationship with inbound Chinese tour operators and wholesalers who bridge the gap between Chinese visitors and the Australian experience.”

China has become Australia’s number one tourism market, with more than 1.2 million visitors and worth $12 billion each year.

But that key market has now vanished which is why tourism industry bodies have been pushing state governments hard, especially Queensland, to reopen borders to get domestic tourists to help stimulate some economic recovery.

He said if Australians holidayed locally they might get back between $12 billion to $15 billion a year.

“But it still leaves a big hole and it won’t come back until we see some international travel again,” he said.

“The PM is right – we just need to open the borders. Everybody signed up to a suppression strategy [for COVID-19], not an elimination strategy.”

For the next 12 months at least, Sovereign Hill won’t be having any Chinese tourists and will start with reopening three days a week. (It used to be open 364 days a year.)

“We are taking it cautiously. We are in this for the long haul in terms of our recovery. It’s going to be 18 months or more,” Ms Quon said.

“All we can do is look to the past about what happened after SARS. We are preparing for the worst, hoping for the best and the reality will probably end up somewhere in the middle.”