You are here: Home » Articles filed under: 'News' » Article: 'Lost diggers in Perth' 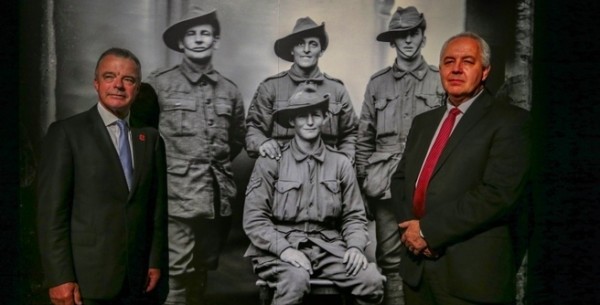 Edward Higgins tacked five years on to his real age to enlist in the army when he left Pingelly for the battlefields of Europe in 1915.

At just 17, Edward joined the 11th Battalion with his younger brother John, and in 1916 they were later deployed to the Western Front with the 51st Battalion.

Edward was killed in action Anzac Day 1918 in France, 10 months after his brother suffered the same fate.

The Higgins brothers are among the 86 known West Australian soldiers featured in the Remember Me: the Lost Diggers of Vignacourt launched at WA Museum yesterday.

The exhibition depicts a collection of images from about 4000 glass-plate negatives discovered in 2011 in a Vignacourt farmhouse where French couple Louis and Antoinette Thullier photographed soldiers and civilians during World War I.

WA museum chief executive Alec Coles said the photographs were a poignant reminder of the sacrifices everyday Australians made during the war.

“It is about reminding us of the terrible losses and degradation these people suffered,” he said.

“It gives voices to these men who might have otherwise been forgotten.”