Alexandre Kazerouni, A museum for a time of doubt, The Art Newspaper, November 2016 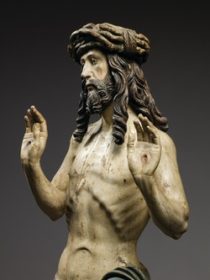 Over a decade in the making and due to open in 2017, the Louvre Abu Dhabi has evolved into a museum that has gone beyond being merely a showcase for historical European art into one that is a truly global institution reflecting a new kind of universalism

Since the announcement in 2006 that a cultural district was to be created on Saadiyat Island off Abu Dhabi in the United Arab Emirates (UAE), ten years have passed and the conventional art museum sought by the Emiratis has turned into a universal institution as a result of influence almost exclusively from the French side. Although the term “universal museum” is a venerable one, anchored firmly in the history of European philosophy, it offers the capital of the emirates something quite original today. At the start of the 21st century, the concept behind this new Louvre is shaking up the conventional relationship between thinking and museums.

In July 2006, when the Saadiyat cultural district was announced to the press as an urban planning project centred on a performing arts hub and four museums, the Louvre’s name was not yet involved, unlike the Guggenheim’s, which was then the main focus of interest. At that point, all that was on the cards was a conventional art museum entrusted to the architect Jean Nouvel. However, talks with the Louvre had begun a year earlier, in 2005, a few months before Thomas Krens, the flamboyant director of the Guggenheim Foundation, was contacted.

It was due to a desire to associate the emirate’s name with that of the famous French institution that the project was created in 2004 by the sons of Sheikh Zayed bin Sultan Al Nahyan. That year was marked by the death of their father, Abu Dhabi’s ruler since 1966 and the driving force behind the 1971 unification of the emirates that make up the UAE. The dynastic transition that had begun in 1990 came to an end and the Louvre Abu Dhabi was the most resounding cultural expression of the new distribution of power in the emirate.

The future museum was thus born of a request from Abu Dhabi rather than an outside proposal deriving from the economic globalisation of museums, as the later involvement of the Guggenheim Foundation might appear to suggest. The museological specifications of the Louvre Abu Dhabi project were then defined in Paris, which has also led on the choice of its content.

The word “universalism” started to be associated with the project in 2005 on the initiative of the Louvre’s then director, Henri Loyrette. There were two considerations behind this shift from the conventional art museum requested by the Emiratis to a universal one desired by the French. First, it allowed the collection’s range to extend beyond historic European art and involve other institutions, such as the Centre Pompidou for recent art and the Musée du Quai Branly for non-Western artefacts. This meant that the pressure on the Louvre to provide loans for the entire length of the 30-year contract could be shared between ten museums.

The second reason emerges from the Declaration on the Importance and Value of Universal Museums. In 2002, Loyrette was one of the 18 signatories of this text. Also signed by his counterparts at the biggest museums on both sides of the Atlantic and in Russia, from the Metropolitan Museum in New York to the Hermitage in St Petersburg, and with the backing of the British Museum, the declaration aimed to provide a response to restitution claims for works of art and antiquities taken from Greece and former colonies. The declaration stated that the items in these Western institutions belonged to humanity as a whole; there was thus no need for modern states to contest their ownership.

This argument lacked both a legal and symbolic basis; it was formulated outside any international organisation and without the approval of museums in the rest of the world. The Abu Dhabi request, however, came at just the right moment to remedy this situation. By endorsing the concept of the universal museum and providing a place where French collections could be displayed in the Middle East at the emirate’s expense, Abu Dhabi helped the Louvre legitimise the 2002 declaration. It was not only the Louvre brand that was being traded in the Abu Dhabi agreement, but also the name of a sovereign political entity outside the West.

Added to these technical reasons was the widespread view in France that the Louvre was the incarnation of the philosophical revolution of the Age of Enlightenment, a phrase coined by Immanuel Kant, the great philosopher of universalism in the modern history of ideas. In a speech on 15 October 2011 at the start of the second Louvre Abu Dhabi study day in Paris, Loyrette echoed this, “What does a universal museum of today look like?” he asked. “At the start of the 21st century, how should we renew the promises made by the Revolution and the Empire? How to think about them after the more than two centuries that have brought about a completely different context?”

Finding the answers to these questions was the task for the French curators charged with bringing the new museum into existence. What meaning does a universal museum brimming with anti-religious and anti-monarchist revolutionary history have in 21st-century Abu Dhabi, with its monarchy that rapidly positioned itself in the counter-revolutionary camp after the Arab Spring of 2011?

Read more
Positions Vacant » View All
» Visitor Engagement Admin Officer – HTSA
» Learning Specialist – AWMM
Latest News » View All
Dion Pieta director appt to grow Te Ao Māori
perspectives & business at Univ of Auckland Read more.
Apollo awards 2022 shortlists announced
- awards ceremony in London 6-December Read more.
Egyptian archaeologists discover new Queen
tomb of a previously unknown queen Read more.
Ötzi Iceman narrative revisited & rewritten
- spring death & ice movement? Read more.
MA UK reflects on Wellcome changes &
the “natural business of museums” to rethink Read more.
Top +
Council of Australasian Museum Directors c/o Mr Brian Oldman, South Australian Museum PO Box 234 Adelaide, South Australia 5001 Australia, © CAMD 2022
Copyright: All information and resources provided on this website remain the copyright of the Council of Australasian Museum Directors. Permission is granted for viewing and downloading for personal and not for profit purposes. Those wishing to reproduce any materials for commercial, educational or other uses are requested to contact us.
Disclaimer: The content of this website is provided for information purposes only and is not intended as a substitute for professional advice. No claim is made as to the accuracy or authenticity of the content of the website. The Council of Australasian Museum Directors does not accept any liability to any person for the information or advice (or the use of such information or advice) which is provided on this website. The information on our website is provided on the basis that all persons accessing the site undertake responsibility for assessing the relevance and accuracy of its content. No responsibility is taken for any information or services which may appear on any linked web sites. Hostgator.
.