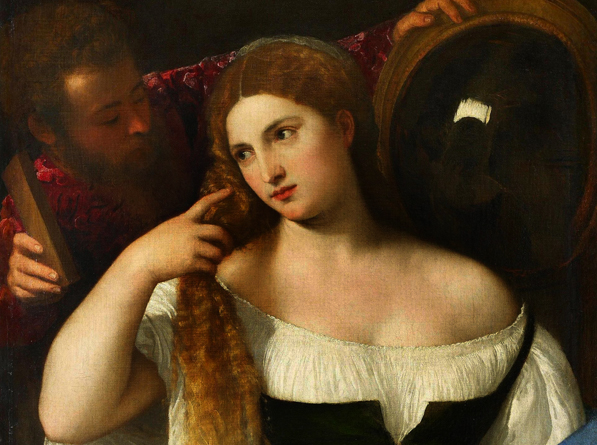 Rachel Campbell-Johnston, The Louvre Abu Dhabi is beautiful, but so far there’s not enough inside, The Times, 11 November 2017

As a new Louvre opens, Rachel Campbell-Johnston finds peace — but a dearth of masterpieces

Why is a Leonardo brunette lounging about under a date palm? How did Vincent van Gogh get to the Gulf? What is the Apollo Belvedere doing prancing about nude before pious Muslims? And when, precisely, did the Alp-crossing Napoleon find that over the mountains lay the United Arab Emirates?

The answers to these questions lie in the Louvre Abu Dhabi, which finally, after ten years of planning, problems and postponements, will be swishing open its glass doors to the public today.

The Louvre des Sables (Louvre of the Sands), as it has been nicknamed, was conceived in 2007. A deal was struck between the largest of the UAE’s seven emirates and the cultural conglomerate Agence France-Muséums. For a reported $1.3 billion (although officials are reluctant to confirm it), it was agreed that for the next 30 years Abu Dhabi could borrow the art world’s most widely recognised brand name, along with about 300 treasures from the finest French collections, most saliently the Louvre, but also from such institutions as the Musée d’Orsay, the Château Fontainebleau and the Centre Pompidou. The result, it was hoped, would help to transform a small desert emirate into a mecca of high culture. 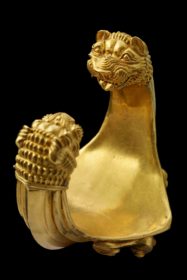 Will the ploy work? The “Bilbao effect” — a phenomenon that, named after Frank Gehry’s outpost of the Guggenheim in northern Spain, has spawned peculiarly shaped buildings the world over — has become a familiar model. The premise is simple: hire a “starchitect” to design a futuristic branch of a famous museum and then, in an enthusiastically artistic, socially aspirational, market-led climate, wait for the cultural blossom to develop and its financial fruits to drop.

For some time Abu Dhabi, no longer satisfied to rely solely on the wealth of its massive oil repositories, has been working to diversify and shore up its future. It proclaims its ambition to become a key cultural destination. But in a competitive climate, it’s not enough, it would seem, just to build a brand new museum. You need an entire island of culture.

Abu Dhabi takes Saadiyat, a ten square mile patch of sand once largely the haunt of nesting seabirds and turtles (I am worried about those turtles) and turns it over to aesthetics. If all goes to plan — and the recent withdrawal of the British Museum from one proposed partnership counts among many hitches — this low-lying outpost could, with yet another Gehry Guggenheim, a Norman Foster-designed National Museum, a Zaha Hadid performing arts centre and a host of other enterprises, become the most highly concentrated cultural site in the world. Art sprouts from the sands as vigorously and improbably as that sudden burst of greenery after a long desert drought.

The heart of this project is the Louvre Abu Dhabi. It is designed by the French architect Jean Nouvel. At first sight, it’s somewhat underwhelming. A dome, like a mushroom in the grass, hunches low against a skyline of glittering towers, soaring cranes and electricity pylons. Even the cruisers moored in a nearby marina look bigger. Get out of your vehicle, however, and you find yourself somewhere that feels surprisingly peaceful. The sea laps against boulders that shore up the fringes of reclaimed land. A few birds sing. The omnipresent throb of Abu Dhabi’s construction sites fades to a far-off drone.

It is this tranquil atmosphere that makes this building special. It pervades the entire space. Under the lid of a multilayered metal dome, which looks as if it was designed with a Spirograph set, lies a contemporary take on the traditional Arab medina. Light falls through the roof — based on the effect of sunlight dappled through the leaves of local date palms, apparently. It plays with its patterns upon pale grey stone pavings, upon the white walls of a cluster of simple cubic buildings. As you wander through it, vistas open out. You see skies and distant coastlines and open expanses of the turquoise seas that creep into runnels and lap against the walls. A pigeon flaps down through the holes in the roof (the UAE’s logo falcon will have to get on to that). In your head you might suspect that you have entered a Venice-meets-Las Vegas world, but in your heart this calm, air-conditioned realm of cool blues and pale greys, bright whites and deep shadows, simple patterns and stark geometries feels deceptively spiritual. Louvre Abu Dhabi is a beautiful building.

This posits a problem as much as it proves a boon. The building came before the contents. How can curators turn it into an exhibition space that feels somehow coherent? Even with 600 pieces on display, half on loan from France, the other belonging to Abu Dhabi’s rapidly expanding permanent collection, it’s too late to match up to the British Museum or aim for a MoMA-style illustration of the art historical canon.