You are here: Home » Articles filed under: 'News' » Article: 'Louvre’s dress code in the news'

Louvre’s dress code in the news 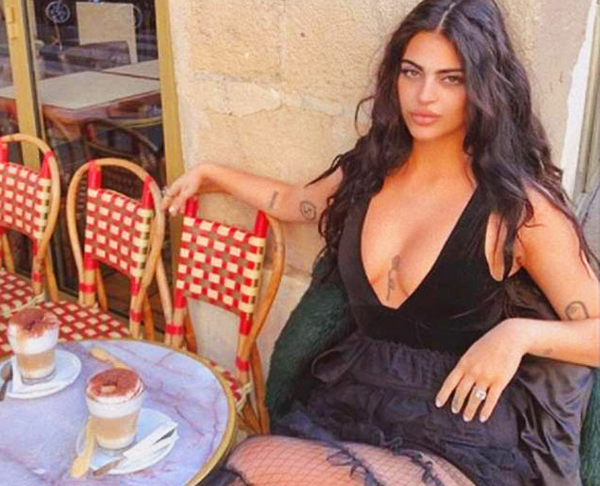 Sarah Rose Sharp, Woman Barred from the Louvre for Her Attire, Hyperallergic, 9 November 2018

Australian social media personality Newsha Syeh says she was unjustifiably berated by guards at the Louvre for her choice of outfit.

Earlier this week, Australian social media personality Newsha Syeh was apparently berated and insulted by a guard at the Louvre before being refused entry on the basis of her outfit. The outfit in question was a skirt overlaid with tiers of transparent black fishnet tulle, and a velvety lycra top with a plunging neckline that prominently displayed Syeh’s tattooed cleavage. Syeh expressed her displeasure to her 232,000 Instagram followers in a story that relayed her perturbing treatment in captions:

“Yesterday at the Louvre, I was stopped at the entrance by a guard for my outfit,” wrote Syeh. “He made the most disgusted and horrible gestures and facial expressions, swore at me to cover up, with hate filled eyes stopped me entering,” she continued. “I was heartbroken, because I thought the Louvre enforced this archaic rule [sic]. Turns out it does not.”

Syeh accompanied this post and a picture of her outfit with a screen cap from the Louvre website, which explicitly states that the museum does not have a dress code applicable to her attire that afternoon. According to the museum’s visitor regulations guide, visitors to the Louvre are not permitted to wear swimsuits or be naked, barefoot, or bare-chested. Syeh is inarguably none of these things, and so the museum guard’s refusal to admit her to the museum smacks of misogyny — especially when you consider that many of the works in said museum take naked women as their subject. It is definitely fine for there to be scantily clad women in the Louvre, just not ones that have free will or agency over their sartorial decisions.

While the “what were you wearing” defense has come to light these days as inappropriate and offensive grounds to infringe upon the rights of women in free society, it must be noted that Syeh seems to have boundary issues when it comes to the Louvre. In a June 30 Instagram post, Syeh is pictured leaning in dangerously close to a piece of marble statuary for a kiss, while wearing bright red lipstick. Though her choice of dress is by no means an invitation for banishment, it seems that in the case of Syeh vs. The Louvre, the disrespect is mutual. One suggests both parties examine their conducts, given the tendency of photo-seeking museum-goers to sometimes destroy priceless works of art.