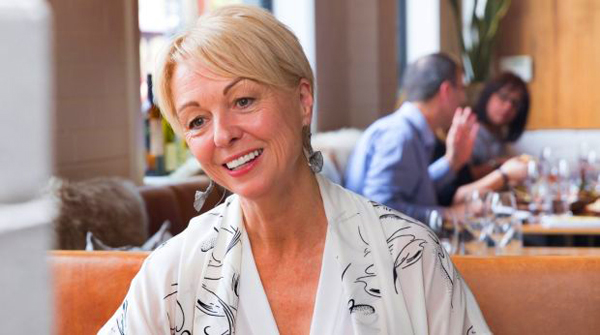 Kylie Northover, Lunch with Lynley Marshall: ‘every day is a magic, The Age, 5 January 2018

Lynley Marshall recalls a meeting with executives when she was director of new media and digital services at the ABC.

She presented a handheld game device, about the size of an iPhone, explaining that soon, this is how people would be watching television; “This,” she told the execs, “is the future of video”.

“They were all, ‘no way people are going to watch that. No. Never going to happen.’ Everybody said that,” she says.

Despite initial resistance, she successfully spearheaded the ABC’s digital evolution – and these days nobody baulks at watching TV on a phone.

Last year she left the ABC after 15 years to take up the role of CEO at Museums Victoria – the organisation that runs Melbourne Museum, Immigration Museum, Scienceworks and the Royal Exhibition Building – with a remit to bring the organisation into its next era.

Marshall has always been fascinated by innovation – even her choice for our lunch was coloured by her interest. We’ve met at Nomada in Fitzroy, owned by a group of Melbourne’s food scene veterans and open just six months. It’s a tapas-style restaurant that shakes up traditional dishes; a perfect analogy for Marshall’s MO.

“I’m always curious about how innovation is manifesting itself – whether it’s food, or museums or design,” she says.

We’re not sure what it is, but we want Nomada’s signature dish, the  “clacked egg on burnt hay”, (“the less you know, the better”, cautions the waiter, which is intriguing, “if not terrifying”, says Marshall).

We order olives and manchego to start, the barramundi escabeche with asparagus, heirloom carrots with preserved lemon and coal-grilled broccoli

“And I believe in getting fried potatoes when I do tapas,” Marshall says. “It’s like a religion.”

Marshall is originally from New Zealand, and grew up on a farm at the bottom of the South Island, moving north as her career progressed. She’s not from a traditional tech background, but became interested in “looking at where the future was going” in the 1990s. She was once an early tech adopter – “My kids wouldn’t agree with that now!” – and found New Zealand’s attitude to innovation inspirational.

“The isolation and the economic policies that were introduced when the subsidies were taken off farming drove a real need to be more innovative in New Zealand,” she says.

She concedes she’s “not from your traditional museum director background”, (and she’s the first woman CEO in the museum’s 162-year history), but it’s her track record of helping companies embrace new media and technology that will, she hopes, herald a new direction.

She sees museums as “one of the few egalitarian places of learning we have”, but knows they have an image problem.

“People perceive museums as fusty, full of old things, a bit … musty and stale, yet once they get in and explore some of the exhibitions and objects, there’s kind of this sense of wonder and amazement,” she says.

It’s this sense of awe that she’s keen to reinvigorate.

When we can google any fact, figure or photos of rare objects, it can be hard to compete. It’s a problem faced by many of the world’s museums and cultural institutions: how to stay relevant.

The answer, Marshall believes, is putting a “new lens” on the traditional museum experience.

“We need to ask what’s going on in our visitors’ lives? What’s going to appeal to them? You can have the most fabulous object and story in the world, but you need to provide experiences that are going to engage people.”

The there’s the gap – many people visit museums regularly as children and throughout school, but often don’t return again until they have their own children.

“Families are regular visitors and we love that, but we were thinking how to extend this for all ages and stages. So how do we get the young professionals back?”

The answer was in the opening hours – and the open bar.

Nocturnal at the Museum launched last July as a monthly late-night, adults-only experience inside the museum. There’s live music and DJs, food and cocktails alongside displays, objects and real-life scientists. The unlikely combination has proved hugely successful, with almost 8000 visitors up to December.

“And more than 20 per cent of those had never been to the museum,” Marshall adds.

It is, she says, a major shift. And the first of many she has planned.

Across town at Scienceworks, she’s also opened up the Planetarium on Friday nights; there’s a special show, and visitors can enjoy a glass of something while stargazing.

“We’re all fascinated to a degree by the universe and the stars – you and I enjoy that as much as any five-year-old,” Marshall says. “So we thought, let’s do it.”

Marshall’s approach applies to daylight hours too; new “experience designers” have been brought in to create more immersive and theatrical approaches to exhibitions.

“Often, curators can be a little bit like gods in museum organisations,” she says. “So we’re bringing together teams of people from different disciplines to work on new initiatives, so you get the different perspectives.”

After the sensory excitement of the clacked egg (so called as the top is removed with something called a “clacker”), the mains are just as extraordinary.

After 15 years she’s almost feeling like a local in Melbourne (“it takes a while but it feels like a part of who we are now, here”) and is a fan of the food culture.

Marshall, who has two adult children, splits her time between a flat in Brunswick East (“which is such an exciting place to be”) and her home in Macedon with her husband, where she relaxes by cooking.

“I’m at my happiest cooking or baking, music blaring,” she says. “It’s my creative time.”

Her enthusiasm for the all of the museums and what she has planned is contagious; I immediately want to book one of the Back of House tours the museum is running over the next year.

We might have Marshall’s enthusiasm as much as her outsider perspective to thank for this summer’s exhibition, Inside Out – it was partly inspired by her awe at some of the items the museum has stashed away in storage.

Inside Out features more than 300 of the museum’s rarely seen objects, and was a culmination of her excitement at what she’d encountered on tours of the collections (“I was like a kid in a lolly shop,” she says, recounting how she’d clambered over crates in her high heels to get a better look at some of the treasures) and the fact there was no big show planned for summer; an exhibition can take two to three years to generate.

“The museum has more than 17 million objects, and a maximum of just 1 per cent of it is on display at any time,” she says. “As a new CEO I got shown behind the scenes and I cannot tell you how amazing that was – everything from nautilus shells to the rare books, the mineral store where there are gemstones and pieces of asteroids, amazing!”