Last week public galleries proposed a split from Museums Australia, due to concerns the peak body does not adequately represent galleries.

Museums Australia responded calmly with a call for ‘robust discussion’ with the public galleries sector about how best the interests of that group are served. 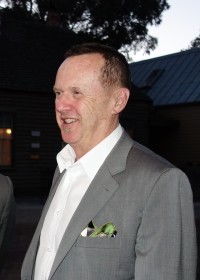 But President Frank Howarth told ArtsHub this week he hopes such discussion will enable the galleries to remain in the museums fold, because he fears a separation would reduce the sectors lobbying power.

‘I think it is easy when there are a larger number of smaller organizations for government to ignore them, or play off the differences,’ said Howarth.

‘We found that the government will take us more seriously when the four big organisations come in and say we’ve formed a view that this is what we think.’

Such an alliance is particularly helpful when addressing common issues such as the decreased funding by governments at all levels to the collecting and exhibition sector.

‘Sector concern is increasing that the performing arts and visual artists sectors have an established and generous funding mechanism through the Australia Council, but no such mechanism exists for the museum sector,’ said Howarth.

A united voice could improve the chance of achieving change. ‘I think one of the crucial things is that all of us are in broadly the same industry – we do have differences, but we should sort them out behind closed doors and then go with united voice if we possibly can.

* The Museums and Galleries Australia Alliance.