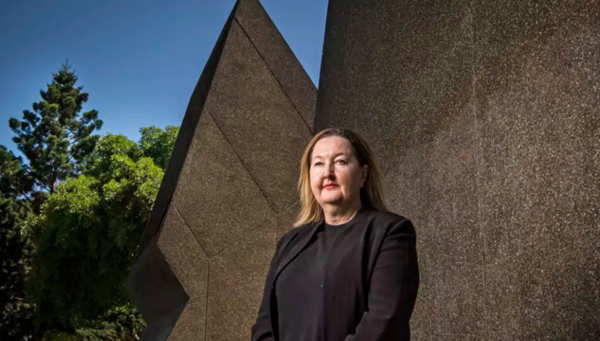 The director of Carriageworks, Lisa Havilah, has been appointed head of the Museum of Applied Arts and Sciences to oversee the design, planning and construction of the Powerhouse’s $1.17 billion home on the banks of the Parramatta River.

Havilah will replace Dolla Merrillees, who stepped down in July, at a time when the museum has been mired in controversy, suffering from poor staff morale, loss of expertise and falling ticket revenue.

Where critics see a poison chalice, however, Havilah regards the new position, which she will take up on January 7, as a ”massive opportunity” to bring the museum’s world-renowned collection to a much wider audience. ”I have a million ideas,” she told Fairfax Media.

One of her first priorities is building and developing programs that connect the museum’s 500,000 item collection with socially and culturally diverse communities across western Sydney, particularly Indian, Pacific Islander and Indigenous communities.

It is a rapid rise for the well-regarded Havilah, who began her career in the arts as a painter, and is admired for her entrepreneurial approach to the arts, her impeccable connections, collaborative management style, risky programming decisions and understanding of western Sydney.

During her six years as director of the Campbelltown Arts Centre, she reached audiences as diverse as dance fans and Mad Max enthusiasts.

As well as boosting audience numbers and widening the museum’s reach, Havilah’s key role is to find revenue sources and ”commercial opportunities” to fund activities.

Under her directorship, Carriageworks has become the fastest-growing cultural precinct in Australia, taking visitation numbers from 110,000 in 2010 to 1.32 million in 2017.

”Eighty per cent of Carriagework’s turnover comes through diverse commercial partnerships and I will bring those skills into this role,” she said. ”It’s really thinking about how income can be diversified through partnership and co-operation.”

But Havilah’s lack of museum experience is unlikely to impress opponents who claim the new museum is a toxic project that cannot be delivered for the money, or in the timeframe proposed, and is not supported by the community or independent museum experts.

”The new CEO will be the face of museum demolition, closing the museum, managing the end of Australia’s only museum of applied arts and sciences, handing over of the Powerhouse Museum’s land and buildings to developers, moving the collection into inferior and smaller storage, all to build a smaller less accessible museum on a flood-prone riverbank,” former trustee Kylie Winkworth said.

”The Parramatta community has said this is the wrong museum on the wrong site, but this is what the government’s new CEO will have to deliver, with no increase in staff or recurrent revenue.”

Arts Minister Don Harwin said Havilah was one of the most respected creative industry professionals in Australia, having helped create two successful cultural institutions in western Sydney, and would bring her skills and immense network of arts creatives to the task of developing a world-class museum at Parramatta.

”I think people sometimes get too caught up in an old-fashioned idea of what a museum is,” he said. “I also sometimes am a bit perplexed by this idea that an art gallery isn’t a museum. Everywhere else in the world, people don’t call them art galleries, they call them art museums.”

The announcement comes as the international design competition for the new Powerhouse Museum prepares to launch in early December, with the government to announce a winning design in the second half of 2019.

With the last exhibition at Ultimo scheduled to close in January 2020,  one of Havilah’s biggest challenges will be to keep the museum relevant while it waits to move to its new premises in 2023. She says she will be looking for innovative ways to bring the museum to its audiences.

Having worked with Labor mayors and ministers, Havilah was untroubled by the prospect of a change in government. A Labor government is committed to keeping the Powerhouse at Ultimo and building new exhibition, cultural and museum facilities at Parramatta.