July 25th, 2019 | Browse other: News. | Tagged with: Staged closure planned for the Powerhouse, timetable for the shut down of Sydney's two biggest museums | 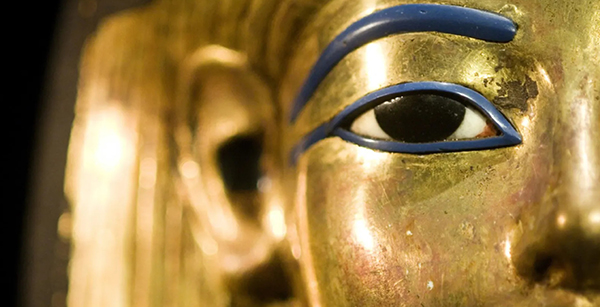 The Australian Museum’s Pacific collections are moving out to make way for the King Tut exhibition. Credit: MCT

The timetable for the shut down of Sydney’s two biggest museums has been announced with the Australian Museum to shut its doors in August for 12 months so that work can begin on a new exhibition hall to house the King Tut blockbuster in 2021.

The Powerhouse Museum at Ultimo will also begin a staged shutdown from June next year more than 30 years after it first shifted to the site of the Ultimo Power Station and tram depot. 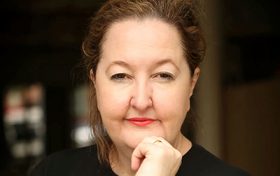 Lisa Havilah has given staff timetable for the closure of the Powerhouse Museum. Credit: James Alcock.

The main heritage power station building will close to the public mid-2020 while the Wran Building, the 1980s addition that features the main entrance and touring hall, will remain open for exhibitions for a further 12 months.

This will give the museum a limited public presence in Ultimo while providing management more time to find temporary homes for the museum’s very large objects in regional museums across the state.

The Boulton and Watt Steam engine and the Locomotive No. 1, which hauled NSW’s first train, is on permanent display in the Wran annexe. The Collection Relocation Project is to send most objects to Castle Hill’s Discovery Centre, with the remainder housed at Parramatta.

Originally, the museum was to have closed in January and reopened three years later in its new $1.17 billion home on the Parramatta River. Even with the new timetable, the museum will be without a physical home for two years.

Arts Minister Don Harwin has announced the Powerhouse Museum will present Australian Geographic Nature Photographer of the Year from August 16 on behalf of Australian Museum as it begins its $57.5 million renovations.

To enable the major building works to get underway, the Australian Museum will temporarily close to the public from August 19 for about 12 months.

While the Powerhouse Museum prepares to exit Ultimo, Mr Harwin is pursuing plans for a “creative industries presence” at Ultimo, according to the Berejiklian government’s brief response to a damning Upper House inquiry into the museum’s relocation tabled last week.

That two-and-a-half-year-long inquiry urged the government immediately abandon the project and the Powerhouse Museum be restored to its former glory.

Positions Vacant » View All
» Campaign Mgr Powerhouse Parramatta – MAAS
» Senior People and Culture Business Partner
Latest News » View All
AIATSIS to open Alice Springs engagement
& digitisation centre with NT Govt support Read more.
Eric Gill’s Prospero & Ariel at the BBC
- judging the past & Ditchling Museum Read more.
Art attack – when vandals strike
- a glimpse of past causes & art vandalism Read more.
A letter to MoAD’s visitors & friends
& road to recovery after arson attack Read more.
Museums among Aus’s most trusted orgs – CAMD
Mat Trinca, NMA ‘trusted sources of info’ Read more.
Top +
Council of Australasian Museum Directors, c/o Ms Daryl Karp, Museum of Australian Democracy at Old Parliament House PO Box 3934 Manuka, Australian Capital Territory 2603 Australia, © CAMD 2022
Copyright: All information and resources provided on this website remain the copyright of the Council of Australasian Museum Directors. Permission is granted for viewing and downloading for personal and not for profit purposes. Those wishing to reproduce any materials for commercial, educational or other uses are requested to contact us.
Disclaimer: The content of this website is provided for information purposes only and is not intended as a substitute for professional advice. No claim is made as to the accuracy or authenticity of the content of the website. The Council of Australasian Museum Directors does not accept any liability to any person for the information or advice (or the use of such information or advice) which is provided on this website. The information on our website is provided on the basis that all persons accessing the site undertake responsibility for assessing the relevance and accuracy of its content. No responsibility is taken for any information or services which may appear on any linked web sites. Hostgator.
.