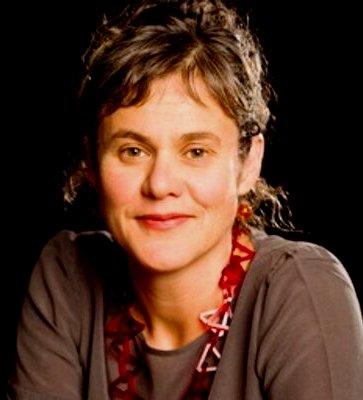 The Museum of Applied Arts and Sciences today announced that its Director, Rose Hiscock will step down at the end of this year to take up a new international science leadership role in 2016.

The President of the Museum’s Board of Trustees, Professor John Shine AO today thanked Ms Hiscock for her significant contribution as Director of the Museum of Applied Arts and Sciences (MAAS), which includes the Powerhouse Museum and Sydney Observatory.

Ms Hiscock has been appointed as the inaugural Director of Science Gallery Melbourne.

Professor Shine said Ms Hiscock has transformed MAAS during her time as Director and will be missed by the Museum’s staff and volunteers.

“Rose Hiscock has done an outstanding job steering the Museum of Applied Arts and Sciences through a period of significant change,” said Professor Shine.

“She has achieved major reforms that have helped turn the Museum into a dynamic and contemporary venue, resulting in greater visitor numbers and sponsorship over the last two years.”

“Rose has energised the Museum, which has delivered 18 great new exhibitions, launched a new Centre for Fashion and witnessed a five-fold increase in objects put on display during her time.”

The Deputy Premier and Minister for the Arts, Troy Grant also congratulated Ms Hiscock today on her accomplishments at MAAS.

“Rose has done an outstanding job creating a new vision and growth platform for the Museum as Director,” said Mr Grant.

“As well as bringing great international exhibitions to NSW she has ensured more of the State’s extraordinary collection is on display.”

“She has laid strong foundations to support the Government’s vision for a new Powerhouse Museum in Parramatta, which will become a remarkable cultural institution for Sydney’s west.”

“As we move towards a final decision on the location for the Powerhouse, Rose’s departure will provide her successor with a great opportunity to shape and build an iconic museum for the future.”

“I wish Rose the best of luck in her new role.”

Ms Hiscock today thanked the NSW Government, MAAS President and Board of Trustees, staff, volunteers, MAAS partners and stakeholders for their strong support during her time as Director.

“The last two and a half years have been immensely rewarding for me and I’m very proud of MAAS’ achievements,” said Ms Hiscock.

“It will be sad to go, however I will leave at the end of the year knowing the Museum is in great shape to embrace an exciting phase in its future.”

“I pay particular tribute to the highly skilled and creative MAAS staff and volunteers who have made the Museum what it is today.”

“I would also like to thank the Museum’s partners, members, local communities and visitors who have supported us so strongly along the way.”

Dolla Merrillees, MAAS’ Director Curatorial, Collections and Exhibitions, will act as Director following Ms Hiscock’s departure, until the appointment of a permanent replacement. The NSW Government will commence the search process immediately.

See also:
Debbie Cuthbertson, Art and innovation collide at new Science Gallery at the University of Melbourne, The Sydney Morning Herald, 10 November 2015
Marcus Strom, Calls for review of Powerhouse move to Parramatta after director Rose Hiscock quits, The Sydney Morning Herald, 13 November 2015
Positions Vacant » View All
» Publishing Assistant Manager – NGA
» Sector Services Officer – Te Papa
Latest News » View All
Untapped & Lost treasures: The quest
to save classic Aust books from extinction Read more.
Met Dir Max Hollein to add CE to his role
as Daniel H. Weiss steps down in June 2023 Read more.
Facts mostly don’t change people’s minds
but trust, honesty & mtg people might Read more.
HTSA reveal concept for Adelaide Museum
of SA History – at this stage “illustrative” Read more.
Te Au | The Current – Te Papa nature debate
“New Zealand is not a theme park” Read more.
Top +
Council of Australasian Museum Directors c/o Mr Brian Oldman, South Australian Museum PO Box 234 Adelaide, South Australia 5001 Australia, © CAMD 2022
Copyright: All information and resources provided on this website remain the copyright of the Council of Australasian Museum Directors. Permission is granted for viewing and downloading for personal and not for profit purposes. Those wishing to reproduce any materials for commercial, educational or other uses are requested to contact us.
Disclaimer: The content of this website is provided for information purposes only and is not intended as a substitute for professional advice. No claim is made as to the accuracy or authenticity of the content of the website. The Council of Australasian Museum Directors does not accept any liability to any person for the information or advice (or the use of such information or advice) which is provided on this website. The information on our website is provided on the basis that all persons accessing the site undertake responsibility for assessing the relevance and accuracy of its content. No responsibility is taken for any information or services which may appear on any linked web sites. Hostgator.
.