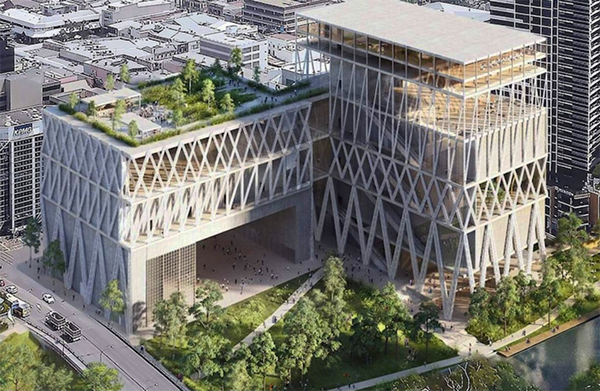 Lendlease has been awarded the fixed price contract to build the controversial $400-million Powerhouse Parramatta, which will become the city’s first 6-Star Green Star Building.

New South Wales Minister for the Arts Don Harwin said the project would be the city’s biggest cultural investment since the Opera House.

“After a competitive tender process, Lendlease has been appointed to start construction with work to begin early next year,” he said.

Lendlease Building Australia managing director David Paterson said the Powerhouse was one of the largest structural engineering and architecturally complex projects under way in Australia.

“We are excited to have been awarded the tender and to work with the NSW government and the Powerhouse on this game-changing project,” Paterson said.

“We are committed to partnering with western Sydney communities and businesses to deliver this project.

“We already have partnerships with four western-Sydney-based steel fabrication companies and look forward to signing up many more local suppliers across Greater Sydney.

“Sustainability will be at the heart of this building and its construction and we are proud to be delivering Parramatta’s first public 6-star Green Star building.” 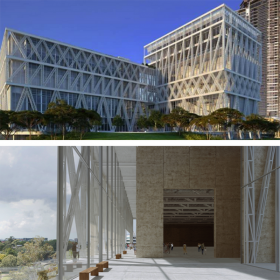 The project is expected to create 4000 jobs during construction, including more than 300 trainees and apprentices, and hundreds of ongoing jobs once completed.

In an unanimous decision, French-Japanese firm Moreau Kusunoki and Australian-based Genton were selected by an international panel from a shortlist of six teams for the winning design.

Powerhouse chief executive Lisa Havilah said Powerhouse Parramatta would be a leading science and technology museum in Australia, and the first cultural institution to be located in western Sydney.

“We are thrilled to be collaborating with Lendlease to deliver Powerhouse Parramatta, which will give unprecedented levels of access to the extraordinary Powerhouse Collection,” Havilah said.

“We are very excited to be partnering with Western Sydney University and Infrastructure NSW during construction, providing a once-in-a-lifetime opportunity for the next generation of architects, engineers and designers to learn and participate in the design and delivery of this cultural landmark.”

More than 2 million people are expected to visit the museum each year when it is completed in late 2024.

The NSW government scrapped plans to mothball the Ultimo Powerhouse, committing more than $500 million to regenerate the iconic building.