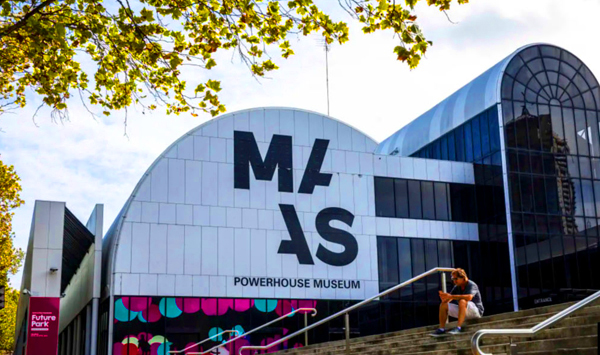 The worth of the Powerhouse Museum site at Ultimo has surged $220 million, according to the Auditor-General. Credit: Jessica Hromas.

The Powerhouse Museum’s coveted site at Ultimo has been revalued upwards by $220 million ahead of the attraction’s planned relocation to Parramatta, according to a NSW Auditor-General’s report.

Critics have seized on the figure as evidence that the state government’s attempt to uproot the museum is a land grab that will deliver “windfall” profits to property developers.

The state government disputed the Auditor-General’s report, saying the $220 million increase accounted for all three of the Powerhouse Museum’s sites, including its land and buildings at Ultimo, Millers Point and Castle Hill.

“The total valuation increase across the three sites was $222.5 million,” an Audit Office spokesman said. “The Ultimo site contributed $220 million.”

The three sites were revalued at least every three years, and were previously valued at $131 million in 2015, a spokesperson for Arts Minister Don Harwin said.

However she admitted the soaring valuation this year was based on the Ultimo site being valued at its “highest and best use”.

“The NSW government has announced that it will establish a creative industries precinct at Ultimo once the relocation of the Powerhouse is completed with a plan for a new Broadway-style theatre (1,500-1,600 seat theatre) and a design and fashion museum,” she said.

Documents released earlier this year show the state government has also quietly costed the sell-off of other parts of the Ultimo site for residential and commercial development.

The relocation of the museum – also known as the Museum of Applied Arts and Sciences – was first mooted by then-Premier Mike Baird in late 2014. It has been mired in controversy since.

“Make no mistake, the property developers in Sydney would love to get their hands on this prime site at Ultimo – and the Liberals are actively helping them to do so,” Labor’s arts spokesman Walt Secord said.

He was joined in his criticism by Shooters, Fishers and Farmers Party MP Robert Borsak, who chaired a parliamentary inquiry into museum’s relocation.

“We now really understand the motivation behind the government wanting to move the museum to Parramatta,” he said. “It wasn’t driven by anything other than pure property development greed.”

The report noted that the relocation of the Powerhouse Museum was confirmed by the state government in April this year, with the new building to open in Parramatta in 2023.

“As a result, Powerhouse determined the existing use of the Ultimo site was no longer ‘the highest and best use’ and an independent valuation was obtained,” the report said.

“The revaluation exercise resulted in an increase of $220 million to the value of the Ultimo site.”

An annual report for 2017/18, prepared by the Powerhouse Museum’s board of trustees, said the Millers Point and Castle Hill sites were revalued in January, and the Ultimo site in May.

For the Ultimo site, the valuers were taking into consideration “existing zoning and heritage restrictions, but removing the current restriction of the site being a museum.”

It noted the government had included “commercial and residential offerings” in its future plans for the site.

But the spokesperson for Mr Harwin said the design and fashion museum and Broadway-style theatre were the only confirmed plans for the Ultimo precinct until a business case had been completed.

“Once the site is ‘unencumbered’ by a public use such as a museum, it’s rapidly revalued for its maximum residential property yield delivering a windfall dollar gain,” Mr Shoebridge said.

The state government did not respond to the allegations.