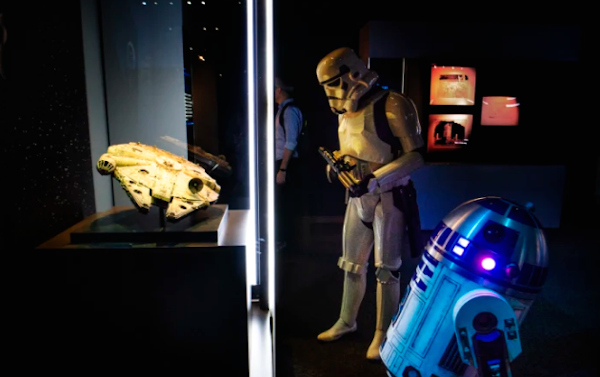 Are you a Wookiee or Jedi Knight? Or maybe an Ewok with fighter-pilot skills? The Star Wars exhibition led visitors on an identity quest. Credit: Louise Kennerley.

Sydney’s Powerhouse Museum will wind back its reliance on cultural imports after the latest Star Wars exhibition failed to deliver big audiences and cost the institution more than $750,000.

The museum show posted a loss of $769,775, suggesting that not only have audiences grown weary of the George Lucas franchise but the returns from international blockbuster exhibitions do not always justify their costs.

The museum’s chief executive officer, Lisa Havilah, said she would concentrate the institution’s energies on developing exhibitions from its collection of half a million objects to tour regional centres, interstate and worldwide.

A total of 131,901 people visited Star Wars Identities, an interactive exhibition signed off by the previous director Dolla Merrillees.

It was the third blockbuster purchased from Lucasfilm and required visitors to envision themselves as a character from Star Wars.

Ticket sales totalled $3,262,254, accounting for 64 per cent of revenue and covering a little more than half the costs.

Costumes, props, models and artworks were on display but the more esoteric idea in which visitors explore their identity and learn about the forces that shaped them through a series of interactive stations within the exhibition proved tricky to convey to the public, Havilah said.

”The museum will be focused on developing and producing its own exhibitions in collaboration with national and international partners,” she said.

”This will see a shift from importing existing exhibition product to utilising the curatorial wealth of the institution to create our own.”

First held in Canada in 2012, Identities ran at the museum from November 2018 to June at a time when it could not piggyback on publicity surrounding movie releases. 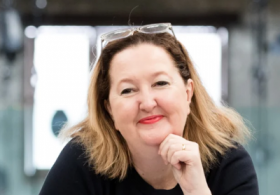 Announcements around the museum’s relocation to Parramatta had probably affected visitor numbers, as people thought it had closed, according to museum consultant Kylie Winkworth, an opponent of its relocation.

A loss of expertise in museum practice also seriously affected the institution’s capacity to put on a big program of engaging shows from a collection capable of drawing big audiences, Ms Winkworth said.

“A museum is not like a gallery where you just hang a picture on a wall. Museum exhibitions are framed around storylines that need research and that make linkages between objects, themes and ideas. Objects need the additional design so they are properly contextualised,” Ms Winkworth said.

Visitor numbers for Identities were lower than the two previous Star Wars exhibitions (The Magic Myth, 214, 007 and Where Science meets Imagination, 216, 594) and teamLab Future Park (146,000 plus), but triple the audience of The International Exhibition of Sherlock Holmes (43,891).