You are here: Home » Articles filed under: 'News' » Article: 'MADE Rebecca McFarlings’ keys to survival'

MADE Rebecca McFarlings’ keys to survival

February 8th, 2018 | Browse other: News. | Tagged with: Eureka Stockade, MADE, Museum of Australian Democracy at Eureka | 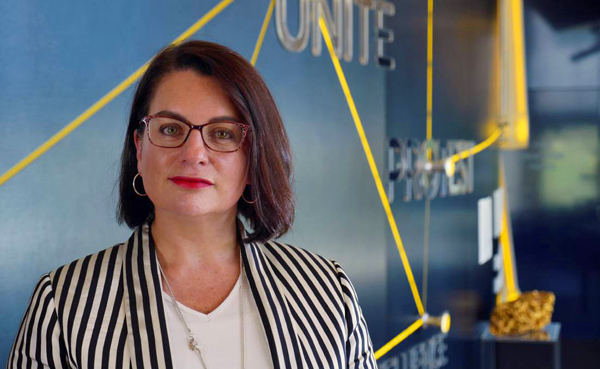 MADE interim CEO Rebecca McFarling says a name and focus change is essential for survival and for rekindling the interest of visitors from Ballarat and further afield. Picture: MADE.

Caleb Cuff, A change of name and a focus on Eureka are the keys to survival, The Courier, 1 February 2018

A new name is key to the future of the museum currently known as MADE.

Museum of Australian Democracy at Eureka interim CEO Rebecca McFarling says two things are imperative to ensure the institution’s survival: a decreased reliance on council funding and a renewed focus on the Eureka Stockade.

Following the resignation of City of Ballarat councillor Daniel Moloney from the MADE board on Wednesday evening preceding the presentation of a report into the museum’s future, Ms McFarling said it was time to acknowledge that the current name was not resounding with the people of Ballarat.

“We haven’t quite got the the brand right yet. And to be honest with you people stop me in the street, random people, and say ‘I’ve never been to MADE but I hate the name,’ and that’s a very strange experience for me,” says McFarling.

“I think, ‘well clearly we’re not engendering any kind of pride amongst Ballarat people.’ So we need to deal with that front and centre and perhaps say ‘what’s in the tin?’ – which is Eureka Museum.”

Ms McFarling says she has been charged with creating a strategic plan and that is exactly what she is doing, by giving the museum a renewed focus on the Eureka story and revitalising the way visitors interact with exhibits.

“The Eureka story leads to democracy and inclusive diversity – all the good things that happen in our society can be traced to here,” she says.

While she says capital works are not part of the strategy at present, and she acknowledges some design issues with the current building, there are new ways to give visitors “an immersive experience”. She cites the possibility of flooring that gives the appearance of exposing mineshafts and drives and just one idea.

“There are a few people that want to build stockades. I keep an open mind about that. They are not on the priority list.”

McFarling says she is talking to many parties about what MADE brings to the Australian landscape.

“There are some interesting things that we do that are unique. The interesting thing about MADE is people come here and they love it. On Tripadvisor we get four out of five stars. We had an English family through the other day who said, ‘This is the best museum in Australia. We’ve won museum and galleries awards for innovation.

She says she understands council’s funding concerns, and would like to change the museum’s economic model. She says rather than having half the museum’s funding coming from council, the proportion must drop.

“I know we focus very much on government funding, but we are immensely fundable from a philanthropic perspective – trusts and foundations and major gifts,” McFarling says.

“Our education program is amazing, and the civics and citizenship piece that we address in the national curriculum is so valued, I think people will get behind us and support that.”

“I think that the museum doesn’t succeed without partnerships. We’re out there seeking partnerships with other cultural organisations to bring regional programming to Ballarat that is relevant and interesting to Ballarat people.”