This is the 2nd installment of a blog monitoring a bleaching event currently occurring in reefs off Magnetic Island, 14kms from the coast of Townsville in North Queensland

Unfortunately by 7 March, approximately two weeks since the last inspection, the bleaching of the giant clams along the snorkel trails of Magnetic Island had worsened.

In just a few short weeks, the number of giant clams (Tridacna gigas) on the snorkel trails that were bleached white had increased from two to five. 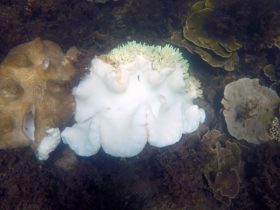 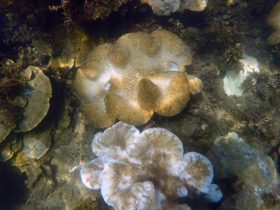 Only one of the fourteen giant clams had normal colouration (G2). 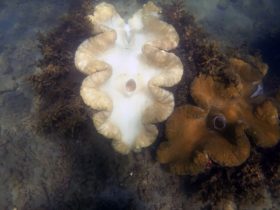 Scientist from Queensland Museum and Magnetic Island monitored the clams again on 15 March 2020 and little change had occurred.

More updates will follow from the team monitoring their progress. 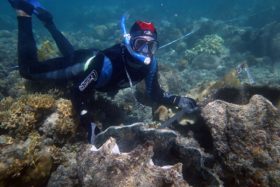