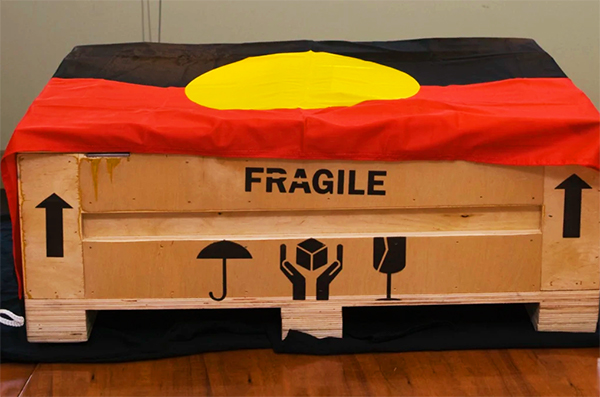 Secret and sacred Aboriginal objects returned to Australia by the Seattle Art Museum.

A Sydney auction house on Tuesday night pulled 11 sacred and secret Aboriginal objects from sale following complaints they included priceless and highly revered totems that should only be seen by initiated men.

The removal coincides with Wednesday’s announcement by the Minister for Indigenous Affairs Ken Wyatt that the federal government will spend $10 million to repatriate and document about 100,000 Aboriginal and Torres Strait Islander items held in 194 international collections.

Many museums and auction houses refuse to display or show images of these sacred and secret Aboriginal and Torres Strait Islander items, Dr Michael Pickering, senior repatriation adviser at the National Museum of Australia, said.

Very often they had been originally acquired without consent. “Graves were robbed. Sacred objects were stolen from their keeping places,” Dr Pickering wrote in an article about repatriation of Australian Indigenous objects for an academic journal.

Shaun Angeles from the Museum and Art Gallery of the Northern Territory was one of the people who was “very concerned” when he saw the objects scheduled for auction at Sydney on July 20 by Vickers and Hoad.

The items removed were “secret, sacred objects that are highly restricted and significant to Aboriginal men’s ceremonial life”, said Mr Angeles, who is a member of the advisory committee on Indigenous repatriation.

No comment was available from Vickers and Hoad despite requests by telephone and email.

Also removed from sale were pointing bones, described by experts as culturally dangerous, and five early horn shape stone cylcons. These stones are regarded as sacred and secret although not much is known about how and where they were used.

“They are not relics of the deep past but an integral part of a resilient living, breathing culture that still exists in 2020,” said Mr Angeles, a Kungarakany and Arrernte man.

“These items are sacred representations of our ancestors, stories and deep connection to our sovereign lands and in most cases are the personal and private property of senior Aboriginal land owners. To Aboriginal men they are not commodities and should never have monetary value placed upon them because they are priceless and highly revered.” 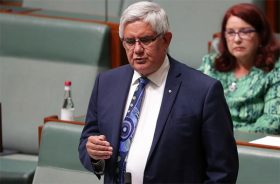 Mr Wyatt said the “highly successful pilot” program, the return of cultural heritage initiative led by the Australian Institute of Aboriginal and Torres Strait Islander Studies, would be extended to 2024.

Mr Wyatt also encouraged private collectors and auction houses to talk to the institute and local Indigenous cultural organisations to find out about their origins and history.

“Culture is what defines us, and we should all work to return items to community, to heal and walk together together towards a more reconciled nation,” Mr Wyatt said.

Mr Angeles said the removal of objects had caused pain and suffering.

“When I think of the thousands of individual ancestors whose remains and spiritual objects have been removed from place of origin, and literally locked up in dark and dusty cupboard of institutions and private collections, I think of their wellbeing suffering,” he said.

Dr Pickering said the shields were used in ceremonies, whose very existence was unknown by women, children and the uninitiated. Museums were also careful about how they displayed pointing bones. “They are not so much secret, but they are equivalent to walking into Woolies caring a firearm. They are dangerous,” he said.

Many museums also chose to erect signs to explain why they were not displaying these items.