You are here: Home » Articles filed under: 'News' » Article: 'MAGNT seeks drawings in Shropshire for'

MAGNT seeks drawings in Shropshire for 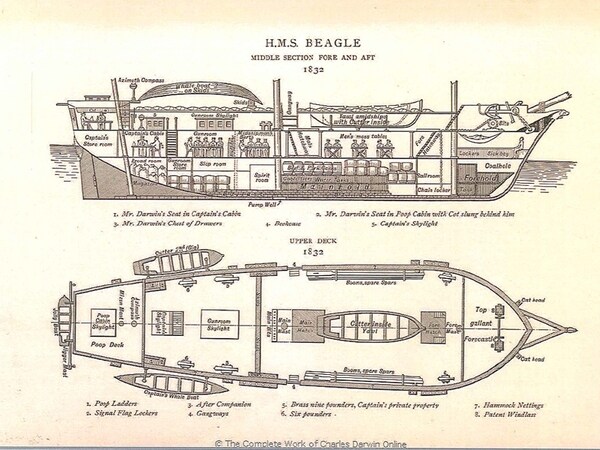 A museum on the other side of the world is calling on the people of Shropshire to help them find a missing document.

The Museum and Art Gallery of the Northern Territory in Australia, is hoping that someone in Shropshire, the birthplace of Charles Darwin, will have a depiction of the HMS Beagle’s anchors.

Darwin spent five years travelling around the world on the HMS Beagle – which led to him writing The Origin of Species.

Last autumn, a team of Australian explorers found one of the ship’s two anchors in a rocky hollow beneath 10 metres of murky brown water at the bottom of the Victoria River in the north of Australia.

Once recovered, the anchor will become a prized artefact on display in Darwin as one of the only relics remaining of one of the best-known vessels in maritime history. 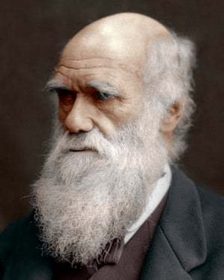 “The Beagle is the little ship that could – a smaller workhorse vessel manned by some the best sailors of the day,” said Professor Tim Jenkins, head of arts and humanities at University Centre Shrewsbury.

“Not only was she instrumental in one of science’s greatest breakthroughs, but also the surveying of large sections of unchartered Australian coast.”

In their research, the curators have been able to find only one image of the Beagle that shows the anchors – a drawing from one of Darwin’s books that is under license. They hope there is another in existence that could be shared with them.

Two previous expeditions had tried and failed to find the anchors.

“In addition to crocodiles, bull sharks and deadly jellyfish, the crew had to face a 60-knot squall. You can only imagine what the blokes on the Beagle went through. They would’ve had a hard time.”

The anchors were lost on the Beagle’s third and final journey (1837-1843), when Darwin’s former shipmates John Wickham and John Lort Stokes were surveying the coast of Australia.

During the trip, the seamen gave many Australian places on the coast English names, such as the (Queen) Victoria River and Port Darwin (which later lent its name to the city of Darwin), whose fine-grained sandstone reminded them of their friend and his “geologising.”

The Beagle crew set out to survey the length of the dangerous Vic but after miserable conditions – freak storms, whirlpools, crocodiles, mosquitoes, dysentery – they decided to return to the relative calm of the ocean. When they tried to make the turn, the ship’s anchors were stuck on the river bottom.

The crew tried to raise the anchors – nearly splitting the boat in half in the process. Noting the loss in his diary, Lort Stokes wrote: “Circumstances suggest the appropriate name of Holdfast Reach for this locality.”

“Perhaps in some future generations, when this part of the world has undergone the changes that seem destined for it,” he further wrote, “the archaeologist of the Victoria River may in vain puzzle his wits with speculation concerning the Beagle’s anchors.”

Paul Kirkbright, deputy provost of the University Centre of Shrewsbury, recently visited Darwin and the Northern Territories on invite from the University of Darwin.

He said: “The museum asked if the university could help them try to find more documentation on the anchors by asking Salopians to check their attics for images that may be of use. You never know what might turn up.”

In 1845, after its third journey, the HMS Beagle was retired as a coastguard watch vessel in the River Roach were it was moored until sold as scrap in 1870 to a local farmer. Remaining timbers from the lower hull were discovered near the mooring place, as well as three of the four Beagle’s last set of anchors.

Should you have documentation of the HMS Beagle’s anchors, email communications@ucshrewsbury.co.uk.