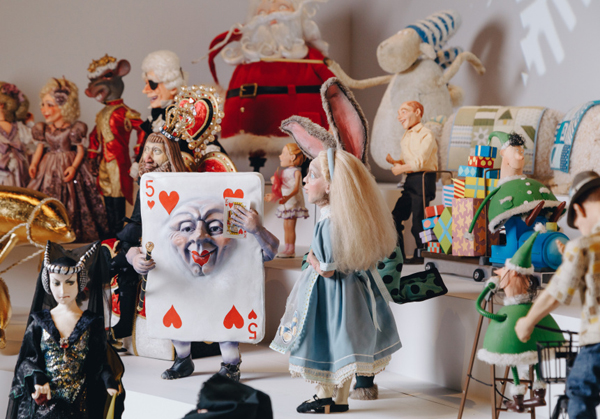 Take a rare look behind the glass of the Myer Christmas windows with Melbourne Museum’s immersive exhibition of the work – and the people – behind the magic.

This year marks the 62nd birthday of Myer’s beloved Christmas windows in Bourke Street Mall. The intricate storytelling of the windows – which resemble little stage plays – has been an annual attraction for visitors for well over half a century, leaving its mark on generations of children.

Freddie Asmussen, the head of visual merchandising at Myer in the 1950s, began the tradition with a scene of Santa arriving at the Olympic Stadium in celebration of the 1956 games in Melbourne. Currently, the person behind this magical tradition is John Kerr, whose window-dressing company Stage One has been responsible for the Myer Christmas windows – from concept to construction to installation – since 1994. His extraordinary work is the subject of a new exhibition at Melbourne Museum, which runs through the holiday season.

Make Believe: The Story of the Myer Christmas Windows captures all the warm and fuzzy nostalgia you’d expect, but also looks at the actual process behind this colossal annual undertaking, from sketches and prototypes, to props and animatronics, to models and backdrops. It’s a rare chance to get up close to what’s usually left behind the glass.

Often finding inspiration in children’s storybooks, Kerr brings childlike wonder to vivid life year in and year out, transcending Christmas to capture something more whimsical and universal. Make Believe is a thorough tribute to that enduring magic trick.

Broadsheet is a proud media partner of Museums Victoria.