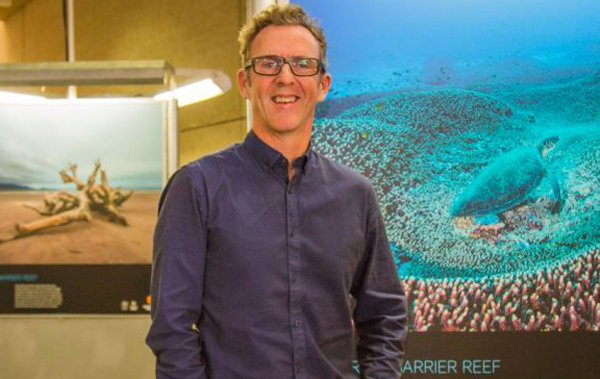 Meet the man who travels across Queensland to photograph the wonders of the outback as well as the deep, dark depths of the Great Barrier Reef.

Gary Cranitch has been the photographer at the Queensland Museum for more than 34 years.

He has captured creatures great and small in locations that naturalist David Attenborough calls his “most highly rated natural wonders”.

“As a wildlife photographer I’ve learnt to never get frustrated or disappointed.”

The award-winning photographer’s images are seen by hundreds of thousands of museum visitors each year.

The challenges of shooting under water

The Great Barrier Reef had always drawn Cranitch in.

He trained as a scuba driver early in his career and then went on to become a commercial diver and said shooting underwater was “a whole other kettle of fish”.

“It’s how you handle yourself under water to get yourself in the right position to get a picture,” he said.

“I started in film days, shooting under water with old school cameras, and after that it’s just about seeing the light and dealing with the light.

“It’s the same application as being on land but you have a big pile of water over your head.”

Experiences that stay long after the camera is off

Crantich said it was actually a recent trip that had had a big impact on him.

“We went to Raine Island which is the biggest green turtle rookery in the world.