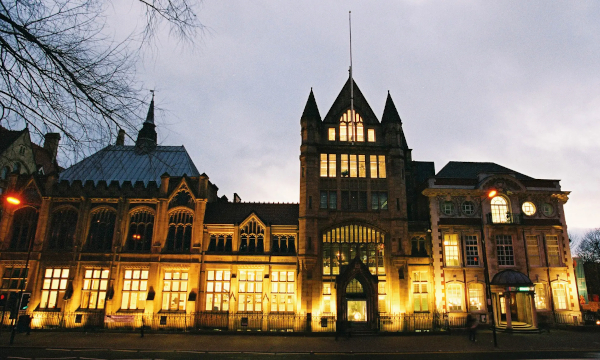 Manchester Museum is the first UK institution to return sacred artefacts under an Australian government-funded project. Photograph: University of Manchester.

Repatriation of sacred objects is part of project to mark 250th anniversary of Cook’s voyage.

Manchester Museum is returning a number of sacred artefacts to Indigenous Australians, nearly a century after the items came into its possession.

The repatriation of 43 ceremonial objects is the first of its kind from the UK under a project to mark the 250th anniversary next year of Captain James Cook’s first voyage to Australia.

The artefacts range from traditional body ornaments and slippers to a churinga, a wood or stone item believed to embody the spiritual double of a relative or ancestor, and clapsticks, a musical instrument used in Aboriginal ceremonies.

The first artefacts will be repatriated in a formal ceremony in November to communities including the Aranda people and the Gangalidda Garawa, whose cultural heritage is said to date back more than 70,000 years.

Mangubadijarri Yanner, a spokesman for the Gangalidda Garawa Native Title Aboriginal Corporation, said the handover was a “fundamental part of the healing and reconciliation process”.

He said: “Bringing these sacred cultural heritage items back to the country is important and necessary for the purpose of cultural revitalisation, because locked deep within these items is our lore – our histories, our traditions and our stories.”

Manchester Museum, which is part of Manchester University, is the first UK institution to return sacred artefacts under an Australian government-funded project to repatriate items of cultural heritage to mark 250 years since Cook’s voyage in 2020.

The anniversary of his expedition has divided opinion in both Australia and New Zealand, where government-funded celebrations have been met with protests from indigenous communities.

Last week the British high commissioner to New Zealand, Laura Clarke, expressed “regret” to local Iwi groups over the deaths of nine indigenous people in the initial meetings between Cook and Māori, but stopped short of an apology.

Esme Ward, the director of Manchester Museum, said: “By taking this action Manchester Museum will become more inclusive, caring and relevant to the communities it serves both locally and globally.

“Our work with AIATSIS to promote understanding between cultures, learn together and build new relationships for the future has never been more important or timely. We look forward to working with other museums to strengthen trust with source communities globally, work collaboratively, encourage open conversations about the future of collections and critically, take action.”

The Australian government minister Ken Wyatt said the return signified “an important moment of healing for these communities”.