You are here: Home » Articles filed under: 'News' » Article: 'Margaret Birtley AM for service to museums'

Margaret Birtley AM for service to museums 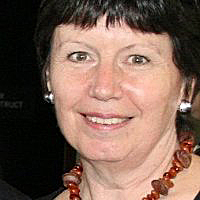 Margaret Birtley became a Member of the Order of Australia (AM) for service to cultural heritage, particularly the museums sector.

Nick Cave and Paul Kelly are just two of the creative Victorians recognised for their contribution to public life last week.

The creative industries are also recognised, with many outstanding Victorians on the list.

Amongst the people who received honours on Australia Day was Her Excellency the Honourable Linda Dessau AM, Governor of Victoria , who became a Companion of the Order of Australia (AC). A long-time champion of the arts, the Governor is a former Board Member and Chair of the Melbourne Festival and a Trustee of the National Gallery of Victoria.

Philanthropist William Bowness was made an Officer of the Order of Australia (AO) for distinguished service to the visual and performing arts through philanthropic contributions, fundraising and advisory roles.  William has chaired Monash Gallery of Art Committee of Management, been a member of the National Gallery of Victoria Foundation and The Australian Ballet Foundation.

Both Nick Cave and Paul Kelly were made Officers of the Order of Australia for distinguished achievements in music and the performing arts.

Anne O’Donovan  became an Officer of the Order of Australia for distinguished service to literature through the Australian publishing industry. Jane den Hollander, Deputy Chair of the Board at the Geelong  Performing Arts Centre, received the same honour.

Margaret Birtley became a Member of the Order of Australia (AM) for service to cultural heritage, particularly the museums sector. Claire Dobbin received the same designation for service to the motion picture industry, particularly to national and international film festivals and to screenwriting.

Christopher Thomas became a Member of the Order of Australia for service to a range of arts organisations, including the NGV, Heide Museum of Modern Art and the Australian Film, Television and Radio School.

Anthony Warlow was also made a Member of the Order of Australia, for service to the performing arts, particularly to opera and musical theatre as a singer.

Congratulations to all. We are very proud.