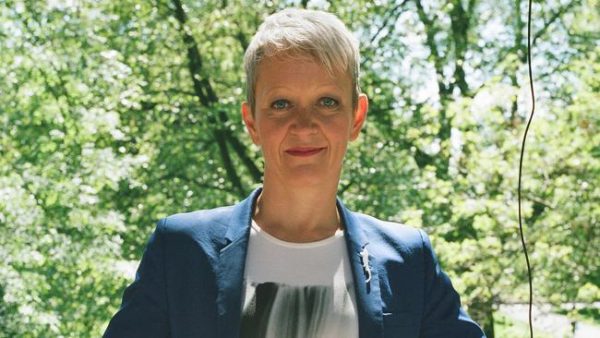 Maria Balshaw’s appointment as the most powerful woman in British art has been confirmed after Tate announced that she would become its new director.

Her appointment will begin on 1 June. Balshaw, 46, who is director of the Whitworth gallery in Manchester, says she is looking forward to “developing Tate’s reputation as the most artistically adventurous and culturally inclusive gallery in the world”.

She does not make any suggestions for how she may steer the network of galleries, which comprises Tate Britain, Tate Modern, Tate Liverpool and Tate St Ives. However, a press release notes that “she has consistently championed women artists” including Marina Abramovic and Cornelia Parker.

“I am honoured to be asked by the trustees of Tate to become the new director,” says Balshaw, who takes over on June 1. “Under Nicholas Serota’s leadership, Tate has changed forever how we all think about art and artists, and has made visual art a central part of a vibrant cultural life in the UK.”

Balshaw, who oversaw a £15 million redevelopment of the Whitworth and a doubling of visitor numbers, was always a frontrunner to succeed Nicholas Serota, who announced that he was leaving after 28 years to become chairman of Arts Council England — the longest tenure since the gallery was founded in 1897. She is the first woman to hold the post.

In The Art Newspaper last month, she spoke of her disappointment at the Brexit vote and said galleries had a duty to respond to political developments.

“We have witnessed divisive politics at home and abroad,” she said. “Countering this and creating space for exploration of difference and intercultural understanding gets to the heart of the civic role of museums of all stripes.”

A recently qualified yoga teacher who introduced weekly yoga classes to the Whitworth, she was also a contender for the top job at the British Museum but was narrowly beaten to it by Hartwig Fischer, former head of the Dresden State Art Collections who was almost unknown in Britain.

Balshaw’s name has been on every list of potential candidates for senior arts posts ever since she presided over the redevelopment of the Whitworth, where she became director in 2006.

She persuaded the Heritage Lottery Fund to give her £8 million for the project, which doubled the gallery’s public space and has resulted in a doubling of visitors to 170,000.

One of the quirkier projects held under her directorship was a performance by Marina Abramovic that involved visitors wearing white coats and screaming as loudly as possible before exploring galleries to witness art performances.

However, it is thought that Balshaw held herself back from applying for the directorships of Tate Britain and Tate Modern, which were filled in July 2015 and January last year.

She also was not in the running to replace Martin Roth, who stepped down as head of the Victoria and Albert Museum in October last year.

She said in an interview in 2015 that she had unfinished business in Manchester, where she is also director of Manchester Art Gallery and Gallery of Costume.

Asked whether she would be interested in heading Tate, she said: “Who wouldn’t, in the art sector, want that kind of job? I feel like I have three jobs as it is. So for at least a little while that will be enough.”

The director, who was appointed CBE in the Queen’s birthday honours in 2015, will be expected to find a new home in London rather than stay at the family home in Manchester that she shares with Nick Merriman, her second husband and director of the Manchester Museum. They have four children, including two in their late teens from her first marriage to Liam Kennedy.

They also will have to address the question of what happens to Ruby, the family schnauzer, whose public duties have included opening an exhibition about dogs at the Manchester Museum.

Balshaw faces a formidable task of following Serota. He recently opened the £260 million ($425m) Switch House extension to Tate Modern, which is expected to boost visitor numbers to about six million a year.

The gallery, which opened in 2000, is already the most popular modern art museum in the world.

She will not only be the first woman to lead Tate but may be one of the most colourful. Recent posts on her Twitter account display a love of glittery gold boots, gin martinis and Elton John songs from the 1970s.

The incoming director, Tate’s ninth, vows to develop the institution’s reputation as “the most artistically adventurous and culturally inclusive gallery in the world”.