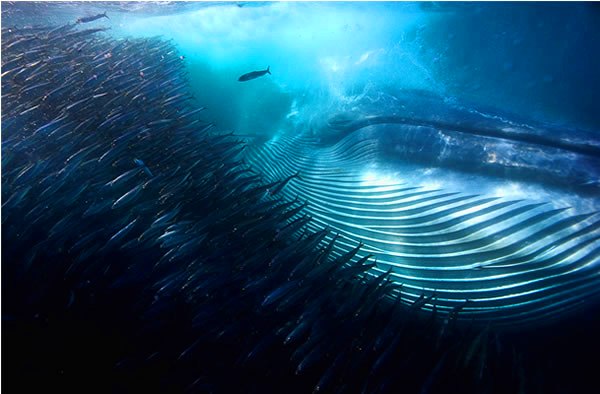 A Whale of a Mouthful by Michael AW Wildlife Photographer of the Year 2015 ©.

The work of finalists in the international Wildlife Photographer of the Year competition will be on display at the Australian National Maritime Museum in Darling Harbour, Sydney, from Thursday (23 June).

On loan from the Natural History Museum in London, the world-renowned exhibition showcases 100 awe-inspiring images, from fascinating animal behaviour to breathtaking wild landscapes.

Museum Director, Kevin Sumption said the international tour spanned six continents and allowed the images to be seen by millions of people.

He said this was the first time the exhibition had been held at the National Maritime Museum while touring Australia.

Mr Sumption said the Wildlife Photographer of the Year competition held broad appeal due to its rich subject matter, showcasing the diversity of life on our planet.

“This is one of the most innovative and popular photographic competitions of its kind and we are delighted that Sydney audiences can now enjoy these unforgettable and inspiring images,” Mr Sumption said.

He said the Wildlife Photographer of the Year competition, launched in 1965, now received more than 42,000 entries from 96 countries.

Mr Sumption said there were 21 categories for both adults and younger photographers exploring the world’s natural environment.

He said the images were judged by a panel of industry-recognised professionals, and were selected for their creativity, artistry and technical complexity.

Mr Sumption said one of the winning images is by Australian author, explorer and conservation photographer, Michael AW.

He said the image, entitled A Whale of a Mouthful, showed an imposing Bryde’s whale ripping through a mass of sardines and gulping hundreds in a single pass.