You are here: Home » Articles filed under: 'News' » Article: 'Marks on the Landscape'

Marks on the Landscape

July 7th, 2015 | Browse other: News. | Tagged with: Marks on the Landscape, Researching the Māori carvings at Gallipoli, Te Papa | 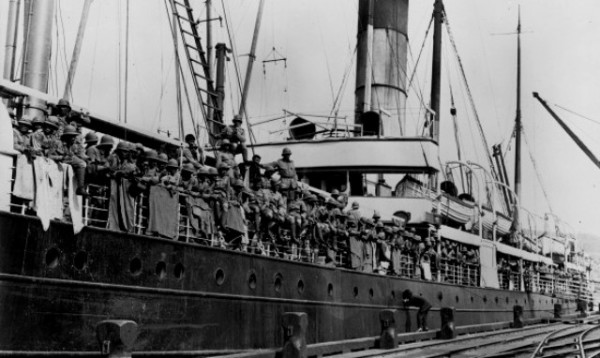 [This article was originally published in Te Papa newsletter, Te Auahi Turoa newsletter (3 July 2015) and has been reproduced here.]

100 years ago today, the Māori (Native) Contingent landed at Gallipoli. To commemorate this event, Puawai Cairns, Curator Māori Contemporary Culture, has written about the unique art work that members of the Māori Contingent carved into the landscape at Gallipoli, and which has been recreated for the exhibition ‘Gallipoli: The scale of our war’.

In the last edition of Te Auahi Turoa, I briefly explained the journey of the Māori Contingent to Gallipoli:

Te Ope Tuatahi were the first Māori volunteers to participate in World War I. Nearly 500 men from all over Aotearoa signed up for service and left the country aboard the troopship Warrimoo on Valentine’s Day 1915. They were originally intended for garrison duties such as road building and trench digging. After a delayed stay on Malta, they eventually landed on the shores of Anzac Cove on Gallipoli at around 1am on 3 July 1915.

Private Rikihana Carkeek vividly describes the day he and the Contingent landed:

At 1a.m. we arrived at last, and dropped anchor at Anzac Cove, Gallipoli. You could hear the rifle shots way up in the hills, the first impression of real war, with the occasional boom of big guns from warships and the artillery. So this is war; what we’ve been working and training for so hard ever since we enlisted. We transhipped in batches on to steam launches and landed safely on the piers of Gallipoli under actual fire at last. We marched straight to our post through a long chain of trenches, or so it seemed in the dark. Just at dawn we arrived at our post and made the best of it in the rain – no dugouts or shelter of any description. Just in the open, digging in as best you can to avoid the rain. Real war at last and dinkum war conditions. Good luck![1]

The Māori Contingent joined the Gallipoli campaign as fresh reinforcements, energised and as yet unaffected by the disease and harsh living conditions which had plagued the men of the Anzac forces. The Medical Officer for the Māori Contingent, Peter Buck (Te Rangi Hīroa), noted:

‘Our men were fresh and strong, and they came as a godsend to do fatigue work connected with improving the trench defences and deepening the sap … to the various posts.’[2]

They were immediately given duties that required hard manual labour in hot, dry conditions, with scant water. This included working on an essential communication trench called the Big Sap (also called the Long Sap), which stretched from Anzac Cove near Ari Burnu out to No. 2 Outpost.[3]

While I was researching Māori Gallipoli stories, I was intrigued by some special carvings the Māori Contingent made in the clay walls of the Big Sap. While the carvings now exist only as images in New Zealand and Australian archives, they have become iconic to the New Zealand presence at Gallipoli, and are reproduced in numerous history books.

Surprisingly, although the images have been reprinted multiple times, we know little about the carvings themselves. What we do know about them comes from piecing together material in archives, and from published histories of various soldiers or units. Take this image caption written by Fred Waite, an adjutant with the New Zealand Engineers, who published his account of Gallipoli in 1919: This carving appears to be one of a series etched into the Big Sap, at the point where it branched off to the No. 1 Outpost, also known as Māori Outpost. This outpost was the first position the Māori Contingent were assigned to when they landed.