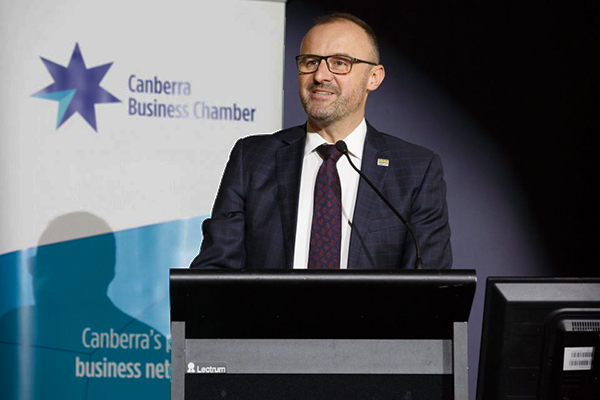 The week and a half long delegation will meet with some of the world’s largest banks, including Norges Bank and Barclays Bank to promote bond investment opportunities in the ACT, as well as seeking to refinance the ACT’s Mr Fluffy debt which the Commonwealth refuses to waive.

“Engaging with international financial markets to grow our investor base ensures the ACT can borrow at the most affordable rates to fund our record $3 billion public infrastructure investment program,” Mr Barr said.

The delegation will also include meetings with the directors of a number of Singapore and London’s most significant cultural institutions, including the island state’s Botanic Gardens and the British Museum, to help attract more domestic and international visitors to Canberra.

Mr Barr said the United Kingdom was the second largest inbound tourism market for the ACT, with 35 percent growth in the last five years.

“This sensational growth has been possible through the ease of connectivity on both Singapore Airlines and Qatar Airways. The delegation will meet with market representatives of both airlines to further grow awareness of Canberra as a tourism destination,” he said.

The Chief Minister will also meet with the Deputy Mayor of London, Rajesh Agrawal and the London ‘night czar’, Amy Lamé, to discuss the night-time economy and smart city initiatives.

The delegation will cost about $47,000, to be met from the existing budget allocation for the ACT Executive. The final cost will be released as part of the regular travel reports.