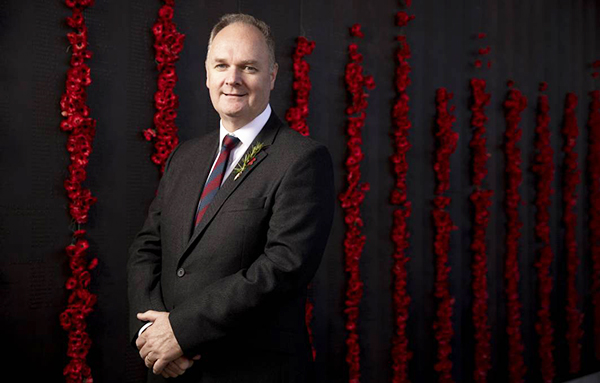 The Australian War Memorial director has taken steps to quell concerns volunteers at the institution were having their free speech gagged when told not to speak about its controversial $500 million expansion.

Director Matt Anderson, speaking on ABC Radio Canberra, said volunteers were free to share their views about the redevelopment or other matters, as long as they didn’t identify themselves as a spokesperson for the memorial.

Mr Anderson’s response comes after it was revealed a memorial staff member had sent an email to a volunteer group warning them they faced losing their role if they commented publicly on the redevelopment.

The email contained warnings not to speak on radio, write in to the newspaper or even click “like” on social media posts which it said was a condition of a volunteer agreement they all signed.

Mr Anderson admitted that if he had written the email, he would have worded it differently and insisted the volunteer agreement was not intended to gag volunteers.

“We’re not going to tell [volunteers] what to say or what to think,” he said on radio.

“The annual volunteer agreement doesn’t in any way preclude them from having views or sharing them, just when they do so not to identify themselves as a spokesperson for the Australian War Memorial.”

He said it was a slightly different scenario if a volunteer was asked about the redevelopment, or any other matter, while they were on shift and performing a function of the memorial.

“The ideal is if they’re asked for views that are outside their patch, or their brief or they’re not qualified to speak on, that they refer it back to our communications area to assist them with an appropriate response,” Mr Anderson said.

He added that volunteers were “genuinely the heart and soul of the memorial” and he had reached out to and spoken to multiple volunteers after the story was reported in the media.