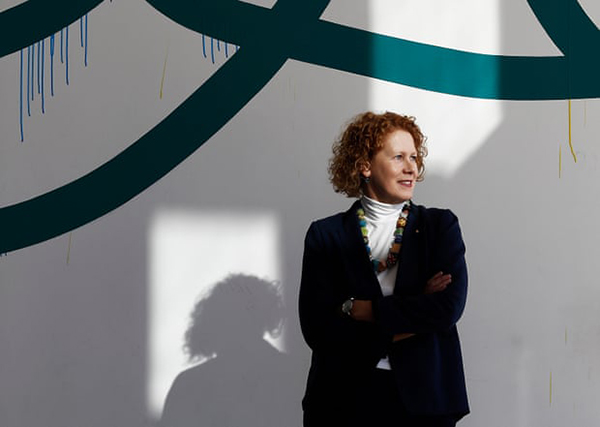 Elizabeth Ann Macgregor will step down as director of the Museum Of Contemporary Art in October after 22 years at the helm. Photograph: Ryan Pierse/Getty Images.

The director of Sydney’s Museum of Contemporary Art has resigned after 22 years at the helm.

Elizabeth Ann Macgregor, who transformed the MCA into the most visited contemporary public art gallery in the world, announced on Wednesday her intention to step down in October. The 62-year-old’s five-year contract expires in December.

“I feel it’s the right moment,” she told Guardian Australia, admitting she has been toying with the idea of moving on ever since she reached her 20th anniversary at the museum in 2019.

“It feels right, and it feels positive, [I’m] going out at a good moment, the museum is secure.”

Her comments come despite the fact the MCA will be posting a deficit this year due to the prolonged closure in 2020. That’s notwithstanding a five-fold increase in donations in the same year, Macgregor said, as supporters dug deep during the Covid-19 crisis and shutdown periods.

“I wanted to make sure that when I made my announcement I wasn’t leaving the museum with … a big mountain to climb,” she said.

“But we’ll still need an additional $800,000 every year just to stand still … so it’s always going to be pretty challenging.”

Macgregor will also step down in October from her role as chair of the federal government’s Creative Economy Taskforce, formed by arts minister Paul Fletcher last August in response to the Covid-19 crisis.

Fletcher described Macgregor on Wednesday as “a dynamic and distinguished leader in Australia’s arts sector”.

“The MCA has grown dramatically under her lead and is one of the world’s premier contemporary arts museums,” he said.

When Macgregor took over in 1999, the MCA was just eight years old and already on the verge of bankruptcy. Fewer than 100,000 people each year were visiting the converted Maritime Services Board art deco pile, which commands an imposing presence overlooking Circular Quay.

Today more than 1 million visitors – almost half under the age of 35 – pass through the museum each year. 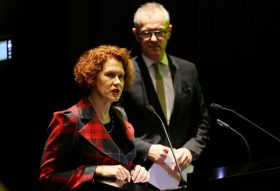 When the MCA topped the world’s most visited in its category in 2019 – beating London’s Serpentine Galleries (770,000 across two venues), the Ullens Center in Beijing (905,000), the MCA Chicago and Los Angeles’ MoCA (both fewer than 350,000 visitors) – the Art Newspaper described the Sydney museum as a case study in how to expand audiences.

Despite sourcing just 23% of its funding from government grants, under Macgregor the museum wiped the general admission fee, making up the shortfall in revenue by monetising the cafes and bookshop, and encouraging members of the public to make donations.

The drive for philanthropy also expanded significantly under Macgregor’s leadership, and when the museum embarked on the $53m expansion in 2012, the MCA’s then chair, Simon Mordant, donated $15m towards the project.

Mordant told the Guardian that as the MCA board member delegated to liaise with international candidates to lead the museum out of its financial morass back in the late 1990s, he knew within two minutes of meeting Macgregor in London that she was the right person for the job.

“And she’s done an extraordinary job, the museum was almost bankrupt when she joined us, and to lead it to the point of being the most visited contemporary art museum in the world is extraordinary,” he said.

The MCA board will now embark on an international search for Macgregor’s replacement.

The museum’s chair, Lorraine Tarabay, who took over from Mordant last year, said Macgregor had left an enormous legacy.

“Liz Ann is a visionary who has expertly steered the museum from the brink of insolvency when she arrived to the vibrant, thriving organisation,” she said.

“During her tenure, the MCA has expanded to include the National Centre for Creative Learning (NCCL) and increased its audience more than tenfold … While we are deeply disappointed to see Liz Ann go, we understand and respect her decision and thank her for her enormous contribution to not only the MCA but contemporary art in Australia.”

Macgregor said her immediate plans following her October department were to return to her native Scotland with her partner, Peter Le Gras.

“Quite frankly, I really want to go and spend some time with my mum, and that’s not a euphemism,” she said.

“After that, we’re just going to leave it open and see what we feel like … Maybe we’ll decide that Europe in January is too horrible and come straight back here.

“What I can say is that I will not be looking for another big job. Ever. I’ve done my big job, actually I’ve done two, and that’s it.”