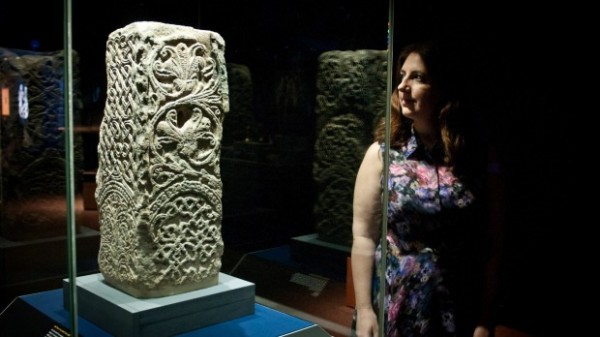 Swords, armour, jewels and rare artefacts have transformed part of the Queensland Museum into a mecca for medieval buffs.

It’s taken three years of planning to bring more than 270 items from London’s British Museum to Queensland for the world exclusive of the Medieval Power: Symbols and Splendour exhibition.

Featuring items spanning from the year 400 to 1500, the collection provides a snapshot of what life was like for the rich and the poor of the Middle Ages.

The artefacts range from simple coins and pottery used by common folk, to outrageous bling that puts modern-day jewellery to shame. Some items will be displayed publicly for the first time.

Many of the artifacts have been carefully cleaned and restored so they could be returned to their original glory, British Museum Late Medieval Europe curator Naomi Speakman said.

“There’s conservation and then there’s re-creating an object,” she said. “You need to tread that line still between being true to the object and showing the integrity of it, and not overpainting or redecorating it.”

Transporting the items from the UK was also a delicate exercise, with each item assessed before leaving London and after their arrival in Australia.