Ms Daryl Karp has worked as a senior executive in the broadcast and cultural industries for over 20 years. As a senior consultant in the creative industries she facilitates industry analysis, leading to growth and innovation, with a unique mix of business expertise, board experience and creative problem solving. Her outcome focused approach draws on extensive experience in strategic planning, stakeholder engagement, marketing and communications and change management.

As Chief Executive Officer and Managing Director of Film Australia, one of Australia’s largest producers of documentaries and education programs, she repositioned the company as an internationally recognised industry leader, expanding output and building audiences across all platforms. As editor in chief, she curated a collection of one hundred ‘National Interest’ documentaries, established the award winning Making History Initiative with the ABC, and implemented a long-term strategy for the restoration and protection of the Film Australia Collection of over 100,000 Commonwealth owned stills and documentaries and developed new markets, including digital distribution and curriculum specific educational tools.

Between 2001-2004 she was Head of Television Factual Programs at the Australian Broadcasting Corporation where she was responsible for the editorial and financial management of the non-news/current affairs non-fiction content across the country.

More recently she has provided strategic and business facilitation and advice for large and small companies including City of Ryde, City of Shoalhaven, University of NSW Australian School of Business, Macquarie University Dept of Accountancy and Governance, National Geographic Television, Screen QLD, Screen Tasmania, Screen NSW and a range of independent media companies.

She has supervised scores of programs for commercial and public broadcasters, locally and internationally. Recent cross platform content initiatives include the hugely successful Making Australia Happy Online with 40,000 registered users within 3 weeks and The Power of 1, a cross platform participatory museum experience, with SBS and Canberra University.

She is currently Director of the Museum of Australian Democracy at Old Parliament House, where she has established a strategic direction focusing on ‘the spirit of Australian democracy and the power of your voice within it’, positioning the museum as a new kind of town square, based on the democratic principles of equality, freedom, justice, representation.

Her programs have won numerous awards and she has worked with many of the key factual broadcasters including the BBC, Channel 4, Channel 5, NHK, Discovery Channel, National Geographic and PBS, CBC Canada, and ZDF Germany.

She is an experienced non-executive director and is a Fellow in the Institute of Company Directors (FAICD). Her current directorships include the Special Broadcasting Service (SBS) and Australian Children’s Television Foundation.

She is a graduate of Wharton School of Business’s Advanced Management Program at University of Pennsylvania (2008) and holds a Bachelor of Arts Degree from Tel Aviv University. 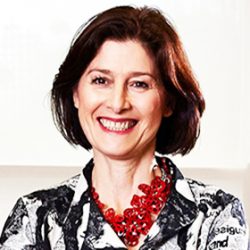 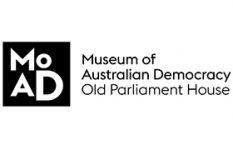