Museum and Art Gallery of the Northern Territory

Marcus was appointed Director of the Museum and Art Gallery of the Northern Territory in 2015. Previously he was the inaugural CEO of the Chinese Museum in Melbourne.  ​

Marcus has worked at all three levels of government in the cultural sector, including the Department of Communications, IT and the Arts, Arts Victoria and the Victorian Multicultural Commission. Prior to joining the Chinese Museum he was the Manager of Programming Resources at the Arts Centre, Melbourne.

He received a Public Service Australia Day Award for his work on the development of the National Museum of Australia.  He was a co-founder and former Chair of The Dog Theatre, and was the General Manager of The Store Room. 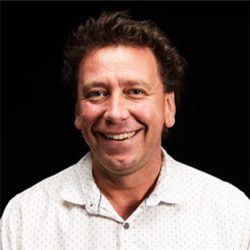