You are here: Home » Articles filed under: 'News' » Article: 'Memorial to Diggers’ families' 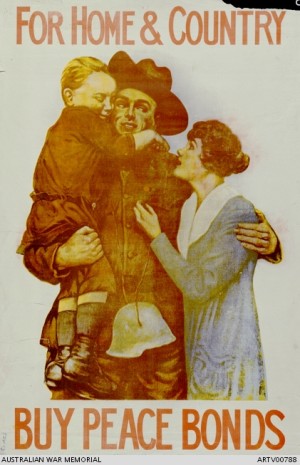 A shrine to acknowledge the sacrifice made by Diggers’ families could be unveiled at the Australian War Memorial by next year.

A select group of artists have been briefed to pitch concepts for the monument, with plans to install it towards the end of 2016.

Soon the concept expects to call for the $500,000 in donations needed to fund the construction.

Last year Major-General Stephen Day pitched a concept, in an opinion piece for The Canberra Times, to erect a monument in recognition of the silent price paid by the families all Australians who served in war, peacekeeping and humanitarian operations.

General Day said returned military personnel were recognised by the government and public through medals, memorials and commemoration days. “[But] our families wear no uniform, they have no medals, there are no memorials to them – there should be.”

Since the article, he has received positive feedback from hundreds of people across the country and overseas.

“Whilst I was always confident it was a worthy cause, the support gave me encouragement to finalise the idea,” he said.

A committee has since been formed to research the viability, cost, designs, and location.

General Day said the war memorial and its director, Brendan Nelson, had identified a location for the shrine outside the popular Poppy’s cafe.