You are here: Home » Articles filed under: 'News' » Article: 'Memories of the Struggle'

Memories of the Struggle 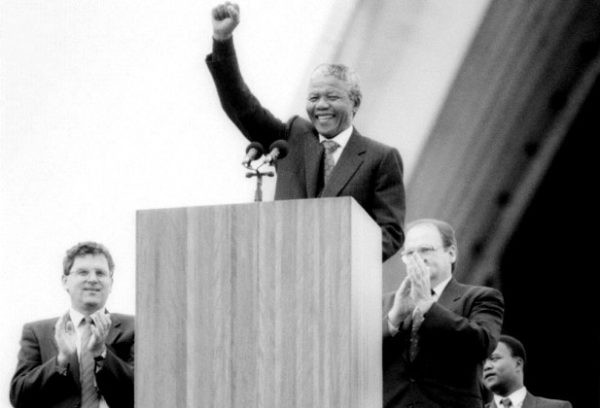 In this blog post, exhibition curator Angus Leendertz gives a preview of the journey he went on to make the exhibition come alive…

In 1997 I responded to Nelson Mandela’s general call for skilled expatriates to return to South Africa, having emigrated to Australia in 1980 after completing my studies in Amsterdam. In Sydney I had started my design career doing corporate office and café/restaurant design.

Once back in South Africa I changed my focus to the heritage sector, working on a number of prestigious projects like the Robben Island Museum, the Permanent Exhibition on Slavery at the Slave Lodge in Cape Town, and landmark interiors for the Parliament of South Africa in Cape Town.

Returning to live permanently in Sydney in 2010 I set about working with a small group of South African and Zimbabwean expatriates and Australians raising funds for South African non-government organisations, and started a group called ASAA (Australasian South African Alliance). Our first project was to organise a photographic exhibition celebrating Australia’s role in the anti-apartheid struggle to mark 20 years of democracy in South Africa. This first iteration of Memories of the Struggle was launched by Bob Hawke at the Parliament of NSW in early 2014, facilitated by NSW Opposition Leader Linda Burney.

After successful showings at Customs House in Sydney and the University of Pretoria, our approach to the Museum of Australian Democracy in Canberra for another showing was successful, and planning started on an expanded exhibition which now included a multimedia component.

As the research continued, a picture emerged of sustained activity and protest in the fields of politics, sport, the trade unions, members of civil society and members of the clergy. The role of Australian politicians was explored and specific actions by three prime ministers examined. Gough Whitlam, Bob Hawke and Malcolm Fraser all played an important part in the struggle and demonstrated a commitment to ending the scourge of apartheid by applying sporting and economic pressure by way of boycotts and bans.

The global anti-apartheid movement was arguably the greatest social movement of the 20th century and Australia can be very proud of the important role it played in the downfall of apartheid.

For details of the exhibition, which opens 27 April 2016, visit the MOAD site here.