You are here: Home » Articles filed under: 'News' » Article: 'Military museum or memorial?' 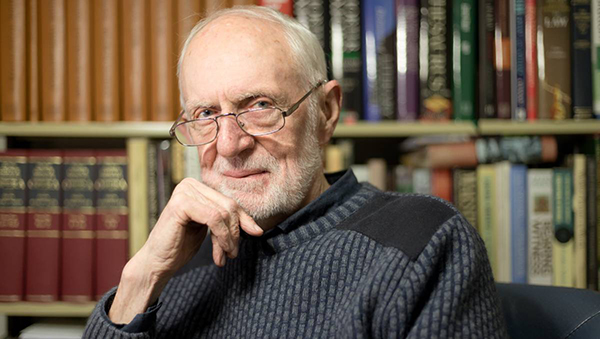 The nearly $500 million expansion of the Australian War Memorial should be dropped, a former director has said in a letter to Prime Minister Scott Morrison.

Brendon Kelson, the former director of the memorial, has said in a letter to the Prime Minister the expansion for the memorial in Campbell could be done much cheaper at its Mitchell campus.

The memorial has proposed a $498 million expansion of its Campbell site, which hosts the memorial, to allow it to exhibit larger pieces like helicopters and fighter jets.

“The memorial requires no ‘window dressing’ and some, at least, of the $498 [million] could be put to better purpose in the interests of other national institutions, veterans and their families,” Mr Kelson said.

Mr Kelson was the memorial’s director from 1990 to 1994 and deputy director for eight years before that.

In the letter, Mr Kelson said an upgrade at the memorial’s Mitchell campus should not exceed $100 million, with the existing infrastructure already “state-of-the-art”.

The Mitchell facility already houses large hardware, including a recently acquired F-111 fighter jet which has been found to contain asbestos.

“The expansion … would be an unwarranted and indulgent duplication of the Mitchell development,” Mr Kelson said in his letter. “The government should drop the Australian War Memorial expansion and support the cost-effective and practical Mitchell alternative.”

The expansion at Campbell would also require the demolition of the 18-year-old Anzac Hall, an act of “architectural vandalism”, Mr Kelson wrote.

Mr Kelson ends the letter with a quote from Charles Bean, who essentially founded the Australian War Memorial when he established the war records office in 1917.

“The national memorial building … should not be colossal in scale but rather a gem of its kind,” Mr Bean said.

Speaking to The Canberra Times, Mr Kelson said the expansion in Mitchell could be done for a “fraction of the price”.

The memorial risked being turned into a “theme park” for military hardware enthusiasts, he said. He pointed to the F-111 jet as an example: the jet never saw combat and was only used for reconnaissance.

“That’s just military hardware,” he said. “There is a difference between military museums … and a memorial that is there to commemorate sacrifice.”

“The memorial has done very well in recent years and the other institutions have been suffering.”

Mr Kelson said the National Film and Sound Archive was in desperate need of upgrades to help preserve historic records.

“Those records of our history will be lost forever and they can’t be replaced,” he said.

He said politicians needed to “shut the door” on the project at the memorial and that people were still caught up in emotion of the Centenary of Anzac.

The expansion would cost more than the estimated $350 million the government spent on the entire centenary event, which ran for four years to commemorate 100 years since World War I.

Mr Kelson said he had not seen one person, beside the memorial’s current director Brendan Nelson, support the expansion.

He said the diggers the memorial was meant to honour would be “staggered” if they saw the money being spent on the expansion.

“Why put money into brick and mortars when you could be doing something to help the families?” Mr Kelson said.