You are here: Home » Articles filed under: 'News' » Article: 'Minister for the Arts'

Minister for the Arts

Ministry for the Arts staff are reportedly ‘overwhelmed’ by the extra work required by Catalyst, adding weight to claims that Catalyst’s days are numbered. 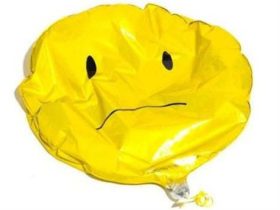 The arts sector has reacted with cautious delight to claims published by Daily Review that Minister for the Arts Mitch Fifield is planning to return all or most of the funding snatched by his predecessor Senator George Brandis from the Australia Council’s budget in May last year.

But the Minister’s office will not confirm that it plans to end Catalyst.

In response to ArtsHub’s enquiry, a representative of the Minister’s office said in a statement: ‘We don’t comment on every speculative report but as per the Minister’s comments at the National Arts Debate in Melbourne on 8 June 2016: “I don’t claim that we’ve achieved perfection in arts administration. I am open to adjusting and refining the program and arrangements. Happy to keep the dialogue open with the sector.”’

The Australia Council for the Arts has yet to make any public statement on the issue.

An arts industry source told ArtsHub that Ministry staff were ‘overwhelmed’ by the additional work required to oversee the Catalyst program.

The move by Brandis to establish a separate discretionary fund within the Ministry during his tenure as Arts Minister was widely reviled and caused chaos across the sector. It also prompted unprecedented solidarity between major companies and the small to medium sector, after a shaky start which saw some larger companies criticised for not speaking out against Brandis’ move to set up his own arts funding program.

The arrival of the current Minister Senator Mitch Fifield saw a scaling back in the program, with a third of the $104.8 million over four years that had been removed returned to the Australia Council. The new Minister also changed the named from the National Program for Excellence in the Arts  to Catalyst and widened the criteria for funding.