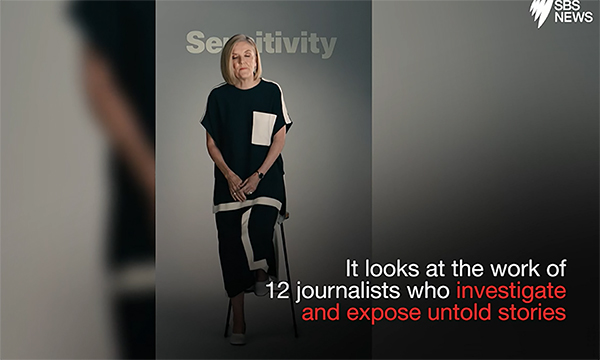 Importance of media freedoms the subject of an interactive exhibition in Canberra, SBS News, 15 November 2019

Truth, Power and a Free Press will launch to the public on Friday at Old Parliament House.

A new interactive exhibition highlighting the importance of media freedoms in Australia has been launched in Canberra.

Truth, Power and a Free Press includes an interactive audiovisual installation created by SBS’s Digital Creative Labs in collaboration with the Museum of Australian Democracy and uses interviews with journalists to demonstrate the practical effect media can have on democracy.

Launching to the public on Friday, the exhibition asks visitors to walk the halls of Old Parliament House where they will hear Australian journalists explain why they work as reporters and the responsibilities they feel in their jobs. 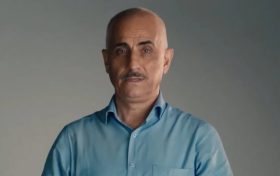 Award-winning SBS journalist Ghassan Nakhoul, who hosts Australia Alyaom on SBS Radio Arabic24, and Insight presenter Jenny Brockie, are among those to have contributed to the exhibition.

While studying journalism in Lebanon, Nakhoul, who arrived in Australia in 1989, said he saw a number of journalists assassinated because of the stories they wrote.

“These people were assassinated because they published stories about the regime that was in charge at the time,” he said.

“I thought it was really powerful for somebody to put their life on the line just to try and tell people the truth.”

After beginning work as a journalist in Australia, Nakhoul experienced first-hand the harsh consequences of investigative reporting.

In 2001, a people smuggler who Nakhoul had interviewed over the phone was caught trying to enter Australia and put on trial. As a result, the prosecution demanded he reveal the name of the source who connected him with the people smuggler.

Nakhoul, who had promised to keep the source’s identity secret, refused and was threatened with up to five years in jail.

“The identity of my source would go with me to the grave,” he said.

“It’s time to make sure that the sources for journalists are always protected. To have this right instituted in law.”

The exhibition also features objects of importance to Australia’s media history, such as the printing press used by Sir Henry Parkes, a body armour vest worn by the late Australian combat cameraman Neil Davis and letters journalist Peter Greste smuggled to his family from an Egyptian prison.

“We want people to be informed and engaged with the current issues affecting their democracy, and obviously, free press is a central component of what keeps a democracy strong and healthy,” Museum of Australian Democracy senior curator Holly Williams told SBS News.

Worldwide trust in journalism has dropped below 50 per cent, according to the Global Trust index.

Last month, Australia’s major media organisations blacked out their newspaper front pages and websites in a coordinated push for legislative change to protect press freedom and force the government to increase transparency.

It coincided with the start of a government inquiry into press freedom, sparked by concerns from journalists that national legislation was leaving reporters unable to do their jobs and whistleblowers afraid to come forward.

Truth, Power and a Free Press opens at Old Parliament House in Canberra on 15 November.