You are here: Home » Articles filed under: 'News' » Article: 'MoAD & the price of democracy'

MoAD & the price of democracy 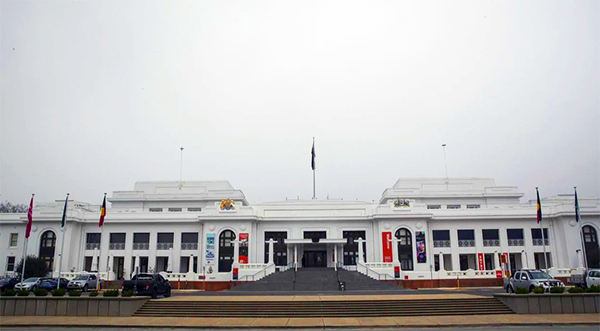 You’d be hard pressed to find a more poignant piece of political history than Old Parliament House. And yet the heritage building, which houses the Museum of Australian Democracy, has found itself $3m shy of the funding it needs to fix the original House of Representatives and Senate roofs. While the Morrison government is spending $500m on superseding a celebrated 20-year-old building at the Australian War Memorial, Old Parliament House has been reduced to planning two major fundraising activities for next year to help meet the budget shortfall. Owned by the commonwealth and occupied by the MoAD, the three-storey building was designed in the early 1920s by the first commonwealth government architect John Smith Murdoch and marked its 94th anniversary in May. There have been many changes and additions over the years, as the members of parliament, senators, staffers, journalists and visitors swelled. After 61 years of action, it was preserved as a living museum when the politicians moved up the hill to the new Parliament House in 1988. However, there are still storm water and sewage pipes in use that are close to 100 years old, not to mention asbestos in service tunnels that needs removing. (Fingers crossed it’s not found anywhere near the shag carpet in Bob Hawke’s old bathroom or Julie Bishop’s “resignation” red satin shoes.) “Work is never complete in heritage buildings like this one, and we’ve received substantial additional funding from government for critical works over the past four years,” director Daryl Karp told Strewth. “MoAD is working with government to find a solution, including potential additional funds.” 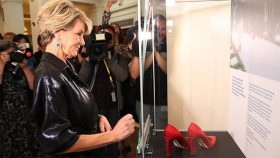 Karp has secured $11.3m in commonwealth cash for the three-and-half year facelift – due to start in March 2022 – which includes creating a new exhibition space in the Senate Undercroft, repairing water damage and conserving timber furniture on the Speaker’s chair and Coat of Arms. However, tender documents clearly note that the Reps and Senate roofs will be replaced only if an extra $3m is secured. Strewth understands the Old Parliament House board, chaired by former Howard minister Nick Minchin, has lobbied Special Minister of State Ben Morton for a financial boost. The recently promoted Morton is a regular visitor to Old Parliament House and often greeted by name from the friendly tour guides. “It’s a building that needs to be cared for and loved and that requires money,” Morton said after the May budget, when the government allocated millions of dollars for restoration and repair. Strewth’s sources suggest the hands-on minister will always go into bat for the historic building and would be astonished if they had to resort to fundraising. 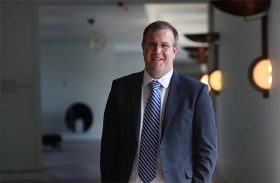