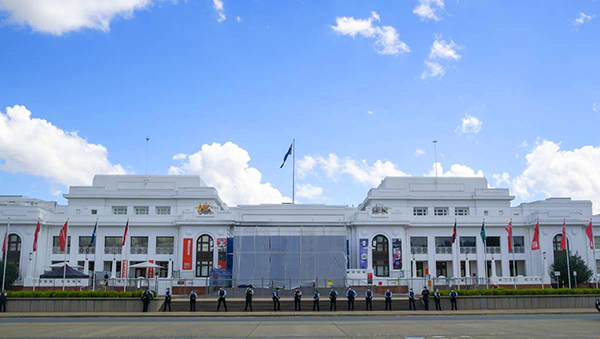 The Museum of Australian Democracy will reopen at the end of April, four months after the doors of Old Parliament House were set alight during a sovereign citizen protest.

The museum is due open its doors on April 28, though work will continue throughout the year on the front doors and original entrance damaged in the fire.

“Our heritage and conservation team have been working determinedly to restore the building to its magnificent original state,” a statement from the museum said.

“We are absolutely delighted to welcome these distinguished figures of Australian politics to walk alongside MoAD as we continue to encourage all Australians to engage with our democracy,” director Daryl Karp said in a statement.

Mr Howard said in a statement that the building “has a special place in my affections” having served as an MP in the building for some 14 years.

“While many might think of democracy as a timeless and rigid concept, the Museum showcases how our laws about who we think should vote and how we vote reflect the kind of community we were, that we are now, and give us clues to who we will be in the future,” Ms Gillard said.

Mr Abbott said: “We can’t take our democracy for granted, especially as it’s now under challenge from aggressive authoritarians overseas, convinced of the West’s decadence.”

The museum doors and entrance were damaged in an act which was denounced by political leaders including Prime Minister Scott Morrison, as well as the Aboriginal Tent Embassy.

The group present was tied to the sovereign citizen movement, with members saying they did not recognise authorities.