You are here: Home » Articles filed under: 'News' » Article: 'MoADOPH – the ‘temporary’ home of Australian'

MoADOPH – the ‘temporary’ home of Australian

May 5th, 2022 | Browse other: News. | Tagged with: MoADOPH celebrates 95 years and counting, Museum of Australian Democracy | 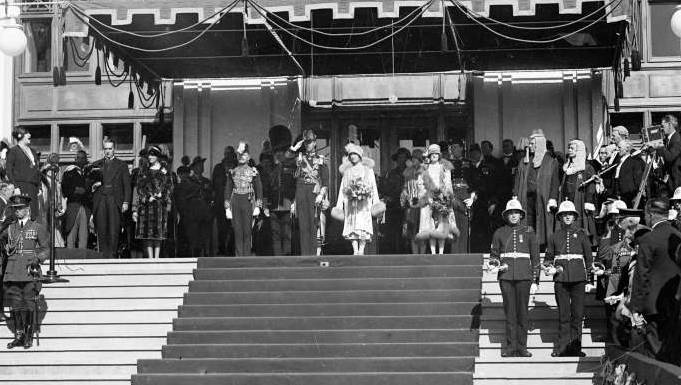 Place of significance: Dame Nellie Melba sings at the grand opening of Old Parliament House on May 9, 1927.

The ‘temporary’ home of Australian democracy celebrates 95 years and counting, Canberra Times, May 2022

For Daryl Karp, May 2022 is a bittersweet moment in her career as one of Australia’s most respected museum directors.

After only this week reopening Canberra’s beloved Old Parliament House for the first time since the damaging fire in December, Ms Karp and her dedicated team caring for it are now excitedly looking forward to May 9, the 95th anniversary of the building’s first opening.

But it also marks the last major milestone Ms Karp will celebrate in the heritage-listed building she adores as the director of the Museum of Australian Democracy (MoAD) that it now homes. After nine years in her role she’s stepping down to take up a new position as director of Sydney’s Australian National Maritime Museum.

Bittersweet too because still missing from the iconic building are the Western Australian jarrah entrance doors that were significantly damaged in the fire and are still being restored.

Adding to the poignancy for Ms Karp is that she’ll be at the helm on May 21 to witness one more national election polling booth held within the walls of the building that continues to play such an important role in upholding Australia’s unique democracy.

“It is an incredible experience to vote here in this building that holds such a position in Australian democracy, the site of such significant moments in our history, and that is now so beloved,” she said.

The idea that Old Parliament House would become one of Canberra’s architectural and cultural jewels was not something foreseen by those involved in creating the building when the site – a former sheep paddock – was selected and work began in 1923.

Designed by the government architect of the day, John Smith Murdoch, the first purpose-built national parliament was meant to be just a temporary home for the government.

“It was originally intended that this would be a provisional parliament house, that it would only last for 50 years,” said Ms Karp. “There was a stated wish that the building not be turned into an ‘architectural jewel’ that might preclude later demolition.

“With costs needing to be kept down, Murdoch, who was known for his frugality and commitment to conserving public funds, actually described the design as characterised by ‘plainness’ and referred to it apologetically as a ‘rush job’. But it’s such a wonderful building – the interwar stripped classical style is really beautiful.”

Despite the tight budget, Murdoch didn’t stop at designing the exterior. He also designed the furniture and fixtures, from brass door handles to ashtrays and dustbins, and the light fittings.

“I tell people to look up when they are inside the building because the light fittings are extraordinary,” Ms Karp said.

“They are just magnificent and one of the things that I really love about the building, there are so many elements to it. And I love its scale – it’s designed on such a human scale.”

Having witnessed decades of democracy as the seat of parliament, from 1927 under Prime Minister Stanley Bruce to 1988 with Bob Hawke as Prime Minister, the halls of Old Parliament House are filled with fascinating stories and experiences.

Its passageways and rooms initially held 300 workers but by the time the new Parliament House up the hill replaced it there were 3000 cramped into it.

“It’s gone through an enormous amount and seen so much over these 95 years,” said Ms Karp. “I always urge people, when they walk up Kings Hall and look out towards the war memorial, to remember that when this was built there was no lake there – it was a sheep farm.

“The city of Canberra was built around this building. It is pretty extraordinary. It does give you goose bumps.”

A particularly special place for Ms Karp is the senate seat where one of the first women parliamentarians, Dorothy Tangney, sat when she was elected in 1943.

“You can actually sit in the seats where these key politicians sat, and see the original speaker’s chair in the House of Reps chamber, but my favourite seat is actually Dorothy Tangney’s seat,” she said.

“It’s something about the way the light comes in there and because of the audio – the way the audio was designed was unique. When you sit there in the leather seating surrounded by the beautiful wood work from around Australia it’s very calming. You sit there and you actually feel like you are part of something substantial.” 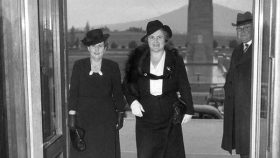 After a decades-long debate over the building’s purpose, the doors to Old Parliament House were thrown open once again in 2009 at the opening of the Museum of Australian Democracy, beginning a new stage in its life.

The vision was to celebrate the strong spirit of Australian democracy and the power of people’s voices within the system. Making sure those voices are heard has been a key mission for MoAD.

“Our research has highlighted that one of the biggest gripes Australians have had is that they feel unheard by the political system,” said Ms Karp.

“Our vision has been to give people a better understanding of our unique Australian democracy and to encourage them to speak out.

“Democracy’s a living thing, you can’t take it for granted. Australians need to own it and value it. And I think that’s what you get when you come here.”

To celebrate the 95th anniversary, on Monday, May 9, people visiting MoAD in the morning will be offered a free coffee and a cupcake from the Courtyard Café. To find out more about how to soak up the history of Old Parliament House and experience the MoAD exhibitions that are once again open and free visit www.moadoph.gov.au

This is branded content for the Museum of Australian Democracy.