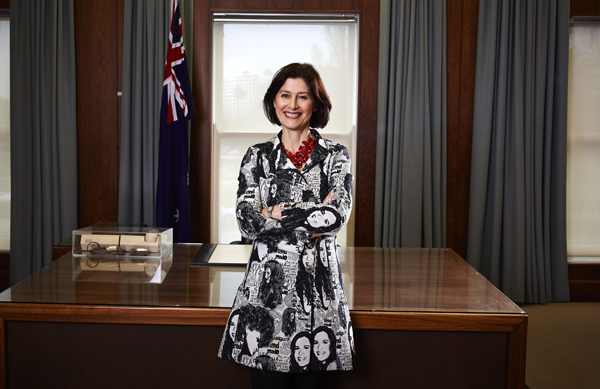 Daryl Karp, Director of MoAD winner of a Public Sector and Academia Award at the 2017
Telstra ACT Business Women’s Awards.

Congratulations to Daryl Karp, Director of the Museum of Australian Democracy at Old
Parliament House (MoAD), who has won the Public Sector and Academia Award at the 2017
Telstra ACT Business Women’s Awards.

Daryl has repositioned MoAD as a dynamic, vibrant and relevant museum that truly makes a difference. Since Daryl started at MoAD in 2013, numbers to the museum have doubled, as have the number of exhibitions and events.

Daryl has a passion for creativity and stories, strategy and trends and family and friends. She believes passionately in public value and initiatives that support social good.

While her interests are varied, Daryl has a desire to make a difference. She does this through nurturing and mentoring young women, supporting emerging documentary makers and sitting on boards like the Australian Children’s Television Foundation, SBS and the Canberra Writer’s Festival.

It is fitting that Daryl now leads a museum that plays a significant role in exploring and communicating the intrinsic value of democracy – the capacity for people to govern their own lives and have their say.

Daryl entered these awards to highlight the capacity and ability of women in the public sector, and especially women within arts and culture, who quietly go about their business delivering world-class, quality work and having a major impact.

Daryl Karp is currently the Director of the Museum of Australian Democracy at Old Parliament House. Daryl has extensive experience as media executive in documentary, factual content and digital media. Previously she was the CEO of Film Australia, and Head of Factual Television at the Australian Broadcasting Corporation. She is a company director of SBS, where she sits on the Audit and Risk Committee, deputy chair of the Canberra Writers Festival, and on the executive of the Council of Australian Museum Directors. She is a fellow of the Institute of Company Directors and a Graduate of the Advanced Management program at the Wharton School of Business.