You are here: Home » Articles filed under: 'News' » Article: 'MOCA – Why we shouldn’t be surprised'

MOCA – Why we shouldn’t be surprised 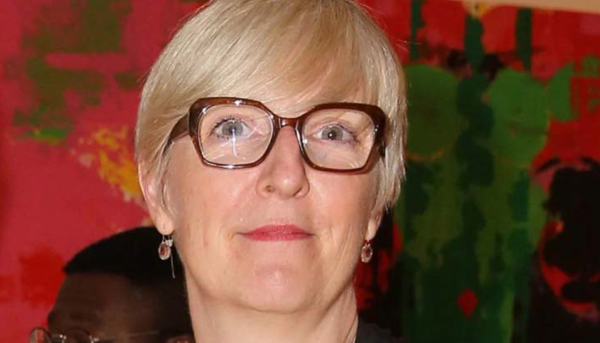 Tim Schneider, The Gray Market: Why We Shouldn’t Be Surprised by Helen Molesworth’s Firing (and Other Insights), ArtNet, 19 March 2018

Our columnist compares the Helen Molesworth saga to other curator-trustee conflicts, plus addresses a surefire way to spark controversy.

On Tuesday, news broke that the Museum of Contemporary Art, Los Angeles (MOCA) had parted ways with renowned chief curator Helen Molesworth. Although an email from the museum to its trustees characterized the split as Molesworth “stepping down,” trustee Catherine Opie told Christopher Knight of the Los Angeles Times soon after that director Philippe Vergne fired Molesworth for, in his reported words to Opie, “undermining the museum.”

The days that followed saw the art world (and art press) try to piece together what that fateful phrase might actually mean. After sources reached by Hyperallergic and Frieze raised questions about Molesworth’s leadership tactics, my artnet News colleague Julia Halperin’s reporting filled out a much broader picture of a chief curator and a board of trustees (Opie notwithstanding) fundamentally at odds over the museum’s trajectory.

Apart from Molesworth voicing displeasure at Vergne’s decision to curate a major Carl Andre survey last year, the difference in vision resulted in flashpoint events with tangible fallout for a museum never exactly known as a fundraising heavyweight. Those events included a potential donor’s decision to give “a significant work” to a rival institution because Molesworth “made her lack of interest apparent,” as well as Molesworth spiking blood-pressure readouts around the organization by sending a junior curator in her place to meet with Mark Grotjahn about his upcoming retrospective at MOCA.

This last move was triply inflammatory given Grotjahn’s status as a museum trustee, some of his fellow board members’ deep holdings of his work, and MOCA’s plans to celebrate him at their next annual gala. MOCA later canceled the event and returned the associated $1.4 million in donor pledges after Grotjahn declined the tribute, reportedly in response to the lack of diversity in the list of previous honorees. (This was both a wise assessment of the shifting sociocultural landscape and a savvy PR move.)

All this new context complicates the narrative of Molesworth as sacrificial lamb. Does it make her firing justified, though?

To answer that question—at least, from the board’s perspective—I think it’s illuminating to consider a framework that has stuck with me since I first encountered it: You can have freedom, or you can have influence. But you can’t have both.

I don’t think there is any such thing as a perfect job, meaning a job consisting only of the stuff you want to do. Whether we like it or not, every prominent job in an American museum is now, on some level, about stroking egos and securing donations. There’s an argument that things shouldn’t be this way, especially at institutions striving for progressivism. But if we act as if it’s already the case, we’re kidding ourselves.

So if you’re named chief curator and earn a well-deserved reputation for being brilliant in that role, patrons are going to want to meet you. Odds are that you will think some of these patrons range from dull to demonic. Their taste in work may be as boring as a Mormon New Year’s Eve party. Intellectually, aesthetically, even personally, you will probably be right on all counts.

You’re welcome to exercise your freedom to unapologetically voice these opinions. But if doing so pisses off some of those patrons so much that they start giving money or work to other institutions, there’s a good chance it will jeopardize the influence you hold as chief curator of a major American art museum in 2018.

Same goes for the Grotjahn incident. You have the freedom to send a junior curator as your proxy to meet with a (white male) artist-trustee collected in depth by his fellow board members. Just know there’s a strong chance that choice could impact your continued influence on the institution the board oversees.

Now, did Molesworth’s gender play some role in her firing? I’d bet it did. Like eggshells, fine china, and cheap furniture, the egos of powerful men are inherently fragile. It’s plausible to me that some donors and trustees who turned against Molesworth could have been less offended, or less shocked, by her demeanor if it were coming from a man instead.

To be clear, I think this double standard is utterly stupid. But patriarchy, by definition, is not a meritocracy.

Nowhere in the emerging counter-narrative about Molesworth’s exit does this seem more relevant to me than in comments about her managerial style. Based on conversations with multiple current and former MOCA staffers, both on and off the record, Matt Stromberg of Hyperallergic characterized her as “a boss and colleague who created a toxic environment.” If true, I think that’s a real problem.

At the same time, the #MeToo and Time’s Up movements have made it abundantly clear that men who excel at the headline aspect of their jobs have too often been allowed to make their workplaces a living hell for staffers.

Even if we set aside the many prominent males now accused of sexual harassment (or worse), just consider the deification of Steve Jobs, an unrelenting tyrant “famous for the way he would obliterate his staff, often in public, which maximized their humiliation by making it a spectacle rather than a private affair,” as Krister Ungerboeck wrote in Quartz. Yet Jobs’s chronic bad behavior has been defended, even modeled, by aspiring entrepreneurs of all stripes because, hey, in the end we still got some really cool phones out of it.

Of course, the length of Jobs’s leash was no doubt also partly owed to the fact that he had a Y chromosome. If Molesworth did too, would she still be organizing critically acclaimed exhibitions for MOCA?

Personally, I think her gender (significantly) narrowed her margin for error. But based on what we know now, I don’t think it was the primary motivation for her ouster. (Whether we should say the same about the recent firings or resignations of Laura Raicovich, María Inés Rodríguez, or Beatrix Ruf is a question some in the art community are still asking.)

Instead, it seems clear that Molesworth’s priorities had been violently clashing with those of the board and the director for some time. And either directly or indirectly, that familiar conflict has motivated the departures of chief curators and museum directors for as long as those positions have existed. And often times, the departed have been as white, straight, and male as Molesworth’s MOCA predecessor Paul Schimmel, the Met’s Thomas Campbell, and even Walter Hopps, the maverick Los Angeles curator to which I’ve seen multiple people compare Molesworth in the days since her firing. Notably, Hopps was also a dude whose New York Times obituary offset his aesthetic brilliance by noting “his eccentric work habits, his mysterious disappearances, and an autocratic manner that caused conflicts with museum boards.”

All that said, MOCA certainly had the freedom to fire its celebrated chief curator. But it had better prepare for the prospect of losing some influence in the art world, too—locally, nationally, and internationally. How much influence, and for how long, remains to be seen. But when the bottom drops out, the museum should not be surprised by the fall.