You are here: Home » Articles filed under: 'News' » Article: 'MOMA'

It’s one of the most influential modern art galleries in the world in a country famous for its philanthropic tradition, but the New York Museum of Modern Art faces many of the same challenges as any art museum.

So says its director, Glenn Lowry, who will be in Canberra this week to speak about the famed institution at the National Gallery of Australia’s annual lecture.

Entitled Rethinking MoMA in the 21st Century, the talk will cover the recent architectural, intellectual and program changes now taking place there.

Mr Lowry, who has been at MoMA’s helm for almost 20 years, said while the museum would never have the challenge of attracting visitors, its mandate still involved engaging the art-going public on several levels.

“We’re lucky enough to be in a very big city with a lot of residents and a lot of tourists, but the challenges remain similar,” he said of the privately funded institution in the heart of Manhattan.

“I think there are obviously differences in funding, and of course that has an impact on how one relates to trustees and government. But the issues of engaging visitors, creating a vibrant intellectual atmosphere within the museum, embracing both immediate and distant communities – those I think are common for most museums.”

He said the legendary philanthropy that allowed many American institutions to thrive was not nearly as beneficial as it seemed.

“So all of my colleagues who are from Australia and even Europe, who love the idea of the American system, forget that with that system, there’s an enormous amount of uncertainty. There’s no guarantee on Monday that you’re going to have the support you had the day before.” 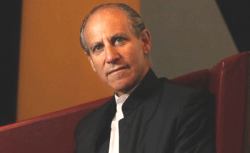 Glenn Lowry, MOMA director. Source: Canberra Times
Positions Vacant » View All
» Ticketing Services Coordinator – MAAS
» Assistant Project Officer – MAAS
Latest News » View All
Commentary: “Met contemplates selling art
treasures while rich trustees sit idle" Read more.
UK museum classification delays reopening
"If you can open H&M you can open the V&A" Read more.
BM hire curator to research colln history
incl contested objects eg Parthenon Marbles Read more.
NMA opens Piinpi: Contemporary Indigenous
Fashion - Bendigo AG conceived & curated Read more.
SAM, NIWA & Univs date last pole switch
via 42,000 yo kauri in ancient Ngāwhā swamp Read more.
Top +
Council of Australasian Museum Directors, c/o Ms Daryl Karp, Museum of Australian Democracy at Old Parliament House PO Box 3934 Manuka, Australian Capital Territory 2603 Australia, © CAMD 2021
Copyright: All information and resources provided on this website remain the copyright of the Council of Australasian Museum Directors. Permission is granted for viewing and downloading for personal and not for profit purposes. Those wishing to reproduce any materials for commercial, educational or other uses are requested to contact us.
Disclaimer: The content of this website is provided for information purposes only and is not intended as a substitute for professional advice. No claim is made as to the accuracy or authenticity of the content of the website. The Council of Australasian Museum Directors does not accept any liability to any person for the information or advice (or the use of such information or advice) which is provided on this website. The information on our website is provided on the basis that all persons accessing the site undertake responsibility for assessing the relevance and accuracy of its content. No responsibility is taken for any information or services which may appear on any linked web sites. Hostgator.
.