When the gambling millionaire David Walsh first opened his Museum of Old and New Art (Mona) in Hobart, Tasmania, in 2011, he called it a “subversive adult Disneyland”. With Pharos, the museum’s first major expansion, Walsh delivers on that promise. The Art Newspaper spoke to Jarrod Rawlins, a Mona curator, about the hallucination-inducing installations and hedonistic art experiences that fill the new 2,000 sq. m wing, which opened on Boxing Day last year. “David’s ultimate goal [with Pharos] is to make sure you’re not sure where you are or what’s going on,” he says. 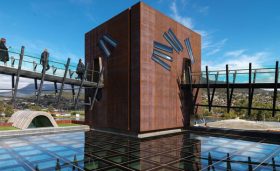 The US artist Charles Ross designed Spectrum Chamber (2018) in collaboration with the museum’s architect, Nonda Katsalidis. “Ross uses light as a collaborator,” Rawlins says. The site-specific installation features large glass prisms affixed at precise angles, refracting sunlight into rainbow-like patterns that spill across the walls of the chamber. Rawlins says: “These spectrums change throughout the year as the sun moves. 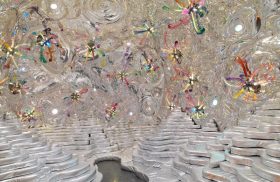 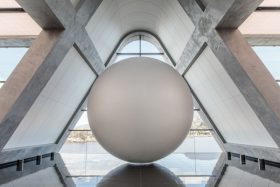 James Turrell’s immersive light installation Unseen Seen (2017) offers visitors an “other-worldly experience”, says Rawlins. After selecting either the “hard” or “soft” setting, visitors are ushered inside a spherical pod which unleashes a lighting sequence that exploits the shortcomings of the brain’s visual system. Many people have described the experience as “life-changing”, Rawlins says.